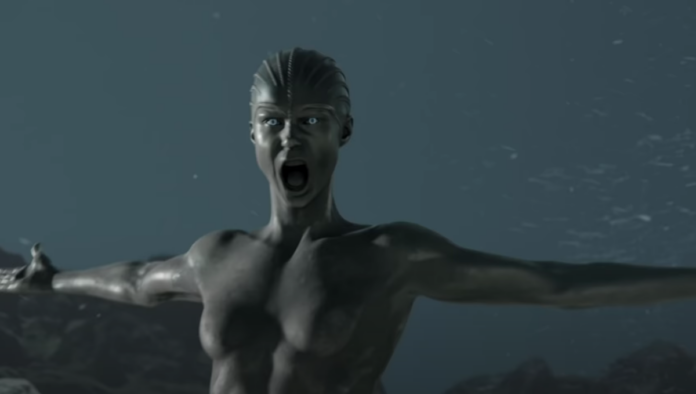 You know me, I don’t like it when too many trailers are released in quick succession. It was only a couple of weeks ago that HBO Max revealed our first look at Ridley Scott’s humans vs. robots series, Raised by Wolves, and now a new trailer has arrived. Although I’m less upset about it this time because a different perspective is shown, one of a holy war that wiped out all of humanity.

The compelling premise finds two androids, Mother and Father, task themselves with raising the next generation of humans, after the previous one was destroyed by religious conflicts.  However, raising these children as atheists proves difficult when a group of fanatics seeks to take them away.

Given the themes of faith and creation that Scott has tackled with his Alien franchise his involvement makes sense. Not only is he exec-producer, but Scott makes his TV directing debut on the first two episodes. Aaron Guzikowski (Prisoners) wrote and co-created the series, which stars Travis Fimmel, Amanda Collin, Abubakar Salim, Ivy Wong, and more.

SYNOPSIS: From executive producer Ridley Scott, Raised by Wolves centers on two androids tasked with raising human children on a mysterious virgin planet. As the burgeoning colony of humans threatens to be torn apart by religious differences, the androids learn that controlling the beliefs of humans is a treacherous and difficult task. The highly-anticipated series premiere will debut on September 3rd on HBO Max. Scott directed the first two episodes of the 10-episode series, marking his television series directorial debut for American audiences.