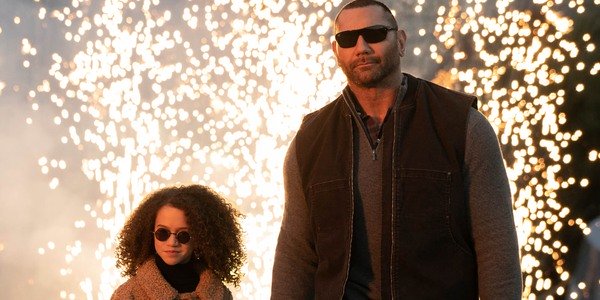 My Spy, the action-comedy that paired Dave Bautista with child actress Chloe Coleman, might be getting a sequel. Deadline reports that STX and Amazon are considering another film based on it performing very well on Amazon Prime.

The plan had been from the start to turn My Spy into another franchise for Dave Bautista, but given the many headaches that went into releasing the film I thought those ideas had faded. Shooting had finished in 2018, but a release date in August 2019 was called off at the last second. The film was then pushed to January 2020, then March which is when I saw it for the first time. That was the day the coronavirus shut everything down, and the movie was delayed into April, and with theatres staying closed STX sold the rights to Amazon who released it in June, apparently to great success.

Directed by Peter Segal, My Spy stars Bautista as JJ, a bruising CIA agent who blows a major case and is busted down to doing surveillance on witness and her young daughter, Sophie.  When Sophie blows his cover, JJ is forced to take her under his wing so she keeps quiet. In the process, they become friends as Sophie proves she’s more than a match for JJ in just about every way.

Bautista, Coleman, and Segal are all being considered to return. Without them, this would probably be one of those lame direct-to-DVD sequels that is only tangentially connected to the original movie. I hate those.