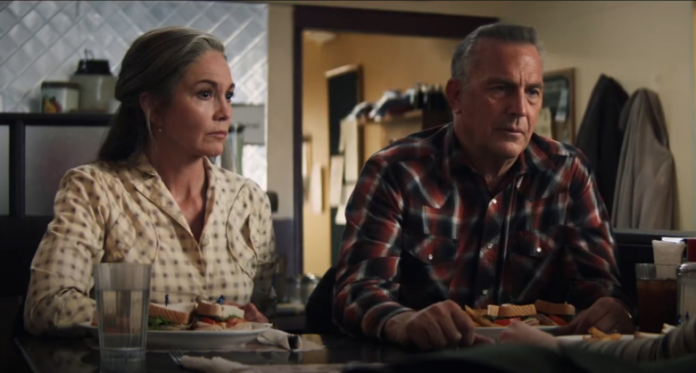 It’s a Kevin Costner/Diane Lane reunion! Sadly, it isn’t happening in a Man of Steel sequel with them as Pa and Ma Kent. However, there’s still plenty of action to be found in the new film Let Him Go, in which they play badass grandparents who arm themselves up to mount a rescue.

Costner has played so many cowboys and lawmen that an air of violence hangs around pretty much all of his characters. Here, he plays a former sheriff, with Lane as his wife, who leave their Montana ranch to rescue their grandson from a dangerous family living off the grid in the Dakotas. When matriarch Blanche Weboy refuses to let the kid go, Costner and Lane pack a bunch of guns and fight to get him back.

This may seem like a lowbrow thriller but the cast is top notch. Joining Costner and Lane are Oscar-nominee Lesley Manville, Jeffrey Donovan, Kayli Carter, Booboo Stewart and Will Brittain. The film was written and directed by Thomas Bezucha, his first feature since 2011’s Monte Carlo. He also was at the helm of 2005’s The Family Stone.

I think this looks great. Costner and Lane are terrific together, especially when they have a bit of an edge, and Manville looks pretty scary, too.