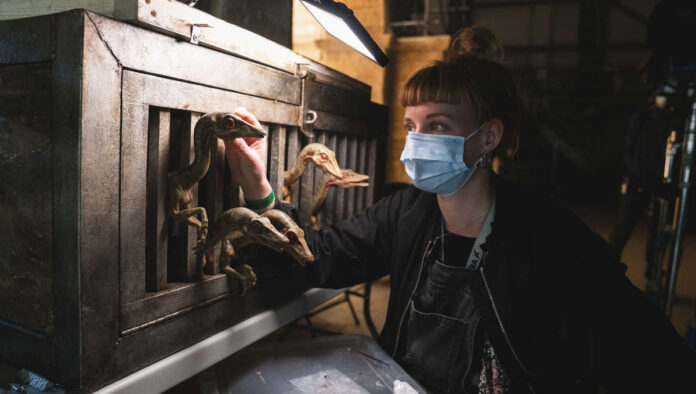 As we’ve seen with schools that were first to open during the pandemic, it comes with considerable risk of being shut back down. The same goes for movie productions, especially those as large as Jurassic World: Dominion, which was among the earliest to begin shooting again. While Universal implemented safety measures to protect against COVID-19, nothing was assured and the production was hit by an outbreak that will disrupt future plans.

Deadline reports Jurassic World: Dominion has seen four members of its crew come down with COVID-19 during filming in the U.K. That has caused Universal to scale down production for the upcoming move to the island of Malta, which is seeing a spike in cases right now. The plan had been to send hundreds of cast and crew to Malta for filming during the month of September, but you won’t see stars Chris Pratt, Bryce Dallas Howard, or Sam Neill taking part. At least for now. The total cast going on the trip has been cut by 50%, as well.

A Universal rep said, “‘Jurassic World: Dominion’ will have a significant presence in Malta with a second unit crew shooting there from the end of August through to September. Working with an abundance of caution as we have done throughout this production, first unit will no longer shoot in Malta to keep our presence on the ground to a minimum. We’d like to thank the Maltese Government and Film Commission for all their support and we look forward to a successful shoot in this beautiful country.”

This will undoubtedly have some impact on the shoot, but for now the June 11th 2021 release date sticks.  There’s simply not going to be a perfect solution to this. If movies are going to go back into production, outbreaks are going to happen. Keeping the outbreaks as small as possible has to be top priority, otherwise they might as well shut it all down again.