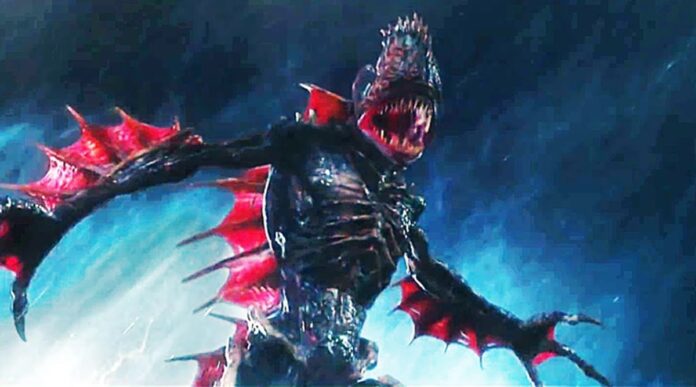 Going into Aquaman, the one thing we probably didn’t expect to get was a horror movie. While it’s definitely pure superhero silliness for the most part, the Trench sequence, in which Aquaman (Jason Momoa) and Mera (Amber Heard) are attacked by fish-like monstrosities, is pretty terrifying. While we know the Trench are getting a spinoff movie at some point, director James Wan plans to bring the scares back in an Aquaman sequel.

An excerpt from next week’s Aquaman panel during DC FanDome has been teased by the DC Comics Twitter, and it has Wan talking up the frights he plans to bring the audience in Aquaman 2…

“I would say yes. Just like the first movie had a touch of my horror sensibility in it, in regards to the Trench sequence, I would say there’ll be a little bit of that in this next one. I think it’s something that’s a big part of who I am, and it just naturally comes out in these kinds of films.”

“And especially a movie like Aquaman, you know where the story takes place in these underwater worlds that can be very scary. So naturally, my love for the horror genre just means that I latch myself to these scenes and try to give them a little bit more of my scary sauce.”

I guess we shouldn’t be surprised given Wan’s history as one of the most important filmmakers in all of horror with Saw, The Conjuring, and more.  It’ll be interesting to see what else Wan reveals about the sequel when DC FanDome arrives on August 22nd.

Folks, we have James Wan talking AQUAMAN 2 🔱 Join #DCFanDome on 8/22 to see even more answers to the questions fans submitted! https://t.co/SyKFjcIr1y pic.twitter.com/Pc8DqNqz64