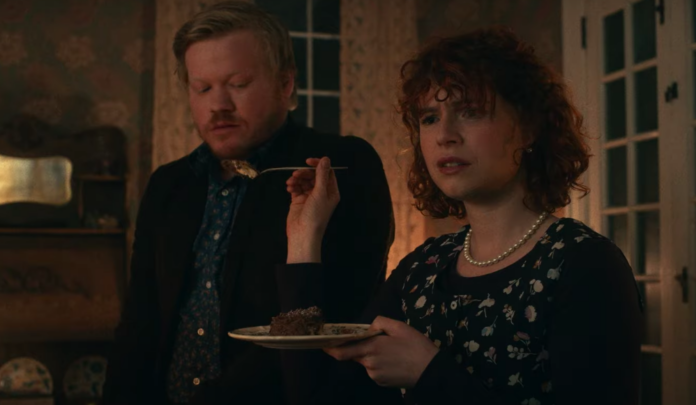 It’s time to delve back into Charlie Kaufman‘s realm of the surreal. It’s been five years since Kaufman gave us the acclaimed, but somewhat overlooked, stop-motion film Anomalisa. Now he’s back and with Netflix for I’m Thinking of Ending Things, an adaptation of Iain Reid’s creepy novel about couple and a road trip to meet one’s parents. It almost sounds like the setup for a comedy, but in Kaufman’s hands you know there’s so much more going on.

The film is an adaptation of Iain Reid’s novel, and stars Jessie Buckley, Jesse Plemons, Toni Collette, and David Thewlis. Buckley, a rising star from her roles in Beast and Wild Rose, plays an unnamed woman who, despite having second thoughts about their relationship, goes to meet her boyfriend’s parents at the family farm. There, they get trapped by a snowstorm, and the woman begins to question her reality.

The trailer is weird, and melancholy, and also pretty funny, all the things we come to expect from the man who gave us such mindbenders as Eternal Sunshine of the Spotless Mind, Being John Malkovich, Adaptation, and Synecdoche, New York.