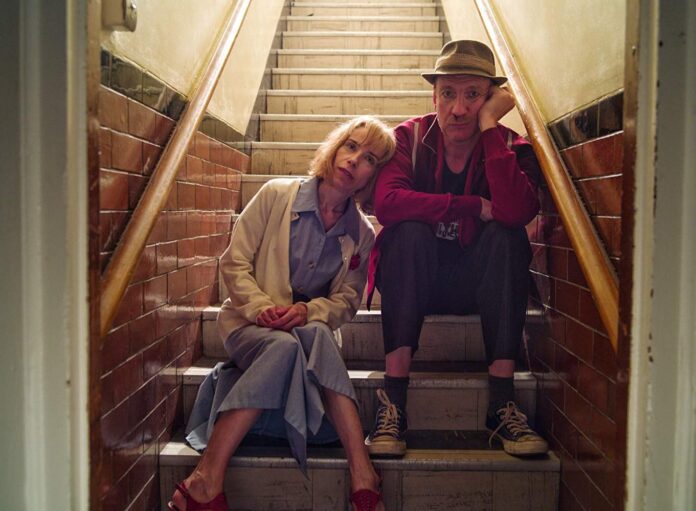 Hard to believe it’s been a decade since Craig Roberts burst onto the scene with 2010’s coming-of-age film Submarine. The English actor has kept busy in films covering a wide variety of genres, from 22 Jump Street to The Double and The Current War. In 2015 he made his directorial debut with dark comedy Just Jim, and during that time he also started cooking up his sophomore effort, Eternal Beauty, a film he’s always had Oscar-nominee Sally Hawkins in mind for.

Fortunately for Roberts, the Shape of Water actress and his Submarine co-star agreed.  Eternal Beauty stars Hawkins as Jane, a woman who sees her life spiral into chaos after she’s left at the altar. The cast includes David Thewlis, Alice Lowe, Billie Piper, and Penelope Wilton.

SYNOPSIS: When Jane (Sally Hawkins) is dumped at the altar she has a breakdown and spirals into a chaotic world, where love (both real and imagined) and family relationships collide with both touching and humorous consequences.