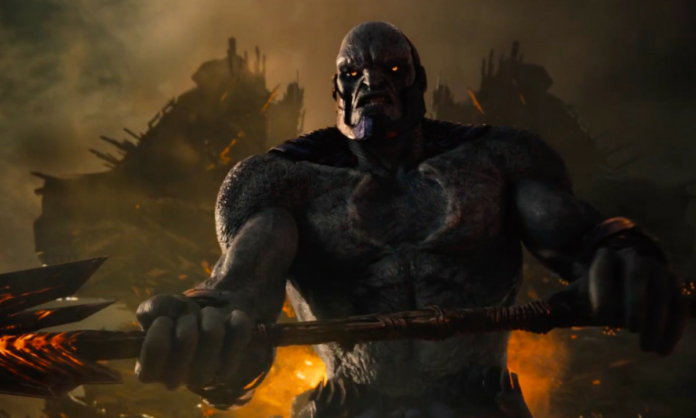 Here it is! The most anticipated panel of the day just took place at DC Fandome. Zack Snyder was on hand for the “Snyder Cut” of Justice League. Much of the panel consisted of him asking questions of his die-hard fans, the ones who really got the #ReleaseTheSnyderCut movement going years ago. The director also fielded questions, with only one big piece of information coming out of them. I referred to it as an undercover bitch session about how much Joss Whedon’s version sucked.

Zack Snyder’s Justice League will be 4-hours long. Not only that, but it will be divided up into four chapters when it hits HBO Max next year. It’s probably a smart move, and coincides with the other piece of info dropped by Snyder.

Not only will the film be available on HBO Max, but they are pursuing other distribution outlets so that everyone who wants to see his cut of Justice League will have that chance.

So what’s in the trailer? A lot of Zack friggin’ Snyder, that’s what. I mean that in the best possible way. While most of the footage appears to be reworked versions of footage we’ve seen, it starts out with our best look yet as the top villain, Darkseid. We also get our first look at Kiersey Clemons as Iris West, being rescued by Ezra Miller’s Barry Allen.  There’s also an increased focus on Cyborg, more interactions between Lois Lane, Martha Kent, and Clark Kent, and the villain Steppenwolf has gotten himself a VFX makeover. All of this set to the sounds of Leonard Cohen’s “Hallelujah” and plenty of Snyder-endorsed slow-motion shots. Yep, this is a Zack Snyder movie, alright.