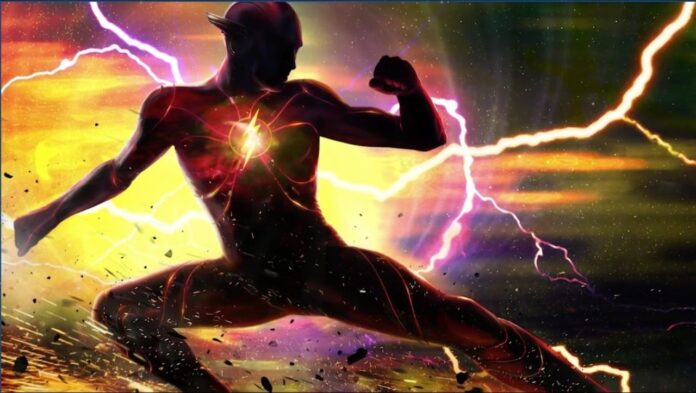 While we were hoping for preview footage, Muschietti said he didn’t want to give anything away just yet. That said, the costume reveal is pretty sweet. The suit is darker, and has beams of light embedded in it, which should make for a pretty cool visual.

Also, note that Batman is seen in one of the images. That looks to be the Michael Keaton version, and not Ben Affleck’s although we know he’ll be back, too.

‘The Flash’ Movie “Restarts Everything” In The DCEU