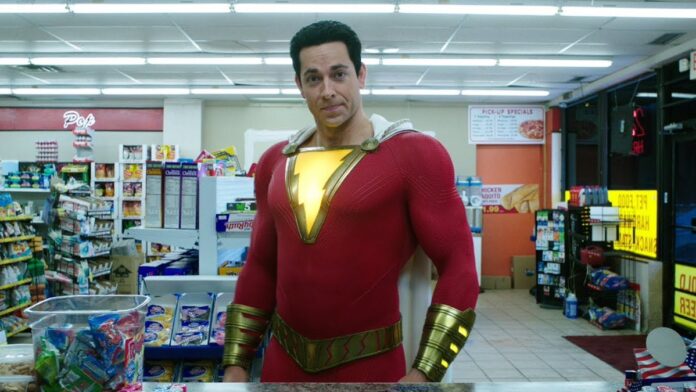 Despite not being able to reveal much, Zachary Levi and the rest of the Shazam! cast announced tonight that the sequel’s new title will be Shazam! Fury Of The Gods. In a picture “drawn” by cast member Faithe Herman, the title was revealed along with a possible new cast member.

We have a title! #Shazam! Fury of the Gods
What gods? Why are they upset? Yes! pic.twitter.com/QPGJwjghUx

In one of the more hilarious panels DC Fandome has brought us this year, Levi and Herman were joined by castmates Asher Angel, Meagan Good, Jack Dylan Glazer, Adam Brody, and director David F. Sandberg to talk about their wishes for the new film before being interrupted by comedian Sinbad. Calling Levi “John Krasinski,” Sinbad went on to plead for a part in the new movie. Victim to the mandala effect, many a millennial swear that the comedian starred in a nineties comedy also called Shazam, even though no such movie has been made. It is unclear whether or not he will have a role in the upcoming film or even what the new film is about and who the superhero siblings will be fighting, but right now a title announcement is a pretty good wish to have come true.