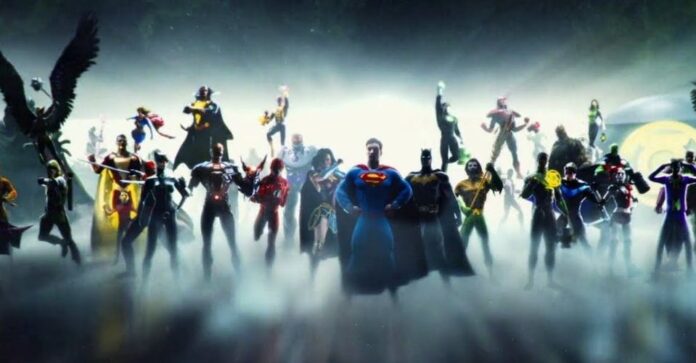 DC FanDome is pulling out all of the stops to best what Comic-Con @ Home was last month. And based on the schedule released today, pretty much every superhero movie you’re waiting for is going to be there. The panels will be virtual, but the promise is a ton of sneak peeks, guests, and hopefully some new announcements of upcoming DCEU films. Maybe Man of Steel 2? A guy can dream.

A reminder that DC FanDome is more than what’s going on in the movie world. The Arrowverse, DC Animation, DC Universe, and DC Comics will all be there as part of the 24-hour event.

What we’re interested in are the movies, and reading this it reminded me of the gigantic Hall H panels Warner Bros. throws at Comic-Con every year. I’ve always said WB puts on the bigger, better show to please the fans, and it looks like they’ve done it again.

So you can expect to see The Batman represented, with director Matt Reeves and “a surprise or two” which probably means the full cast including Robert Pattinson. Wonder Woman 1984, Aquaman, The Flash, The Suicide Squad, Shazam, and Black Adam will be there, as well.

Of course, so is Zack Snyder’s Justice League in what I think has to be the most anticipated presentation of the day.

DC FanDome takes place on August 22nd. Check out the full schedule here. The DCEU panels that look particularly interesting are below:

Wonder Woman 1984
10 AM (Encores at 6PM, 2AM)
Hall of Heroes
Wonder Woman 1984 stars Gal Gadot, Chris Pine, Kristen Wiig and Pedro Pascal, and director/co-writer/producer Patty Jenkins join forces with Brazilian hosts Érico Borgo and Aline Diniz to celebrate the fans in a big way. They will answer questions from fans from all over the world, talk fan art and cosplay, and reveal an all-new sneak peek at the upcoming film — plus a few more surprises! (25 min)

The Suicide Squad
12PM (Encores at 8PM, 4AM)
Hall of Heroes
What else would you expect from The Suicide Squad but the ultimate elimination game? First up, writer/director James Gunn takes on fan questions, then brings out Task Force X for a fast-paced, no-holds-barred Squad Showdown that tests every team member’s Squad knowledge — and survival skills! (30 min)

The Snyder Cut of Justice League
2:45PM (Encores at 10:45pm, 6:45AM, 8:15AM)
Hall of Heroes
Zack Snyder fields questions from fans and a few surprise guests as he discusses his eagerly awaited upcoming cut of the 2017 feature film and the movement that made it happen. (25 min)

Black Adam
3PM (Encores at 11PM, 7AM)
Hall of Heroes
Star of the first-ever Black Adam feature film Dwayne Johnson sets the stage for the story and tone of the new movie with a fans-first Q&A…and a few surprises. (15 min)

Aquaman
4PM (Encores at 12AM, 8AM)
Hall of Heroes
Aquaman director James Wan and King Orm himself, Patrick Wilson, take a deep dive into the world of Atlantis that Wan created, revealing their favorite behind-the-scenes moments from the largest DC movie ever! (10 min)

Wonder Woman 80th Celebration
4:15PM (Encores at 12:15AM, 8:15AM)
Hall of Heroes
As an Amazon and a god, Wonder Woman is truly timeless. So, it’s hard to believe she’s turning 80! Join Wonder Woman 1984 director Patty Jenkins and star Gal Gadot, along with a very special guest, as they reflect on the character’s influence on them personally, and look forward to the 2021 celebrations! (5 min)

SHAZAM!
4:30PM (Encores at 12:30AM, 8:30AM encore)
Hall of Heroes
Zac Levi and the cast can’t tell you s#&t! Sworn to secrecy on the new script for their upcoming movie, Zac and a few of his SHAZAM! castmates talk with the Philippines’ #1 DC fan, Gino Quillamor, about what the next movie might be about, while commenting on everything from panels to the other Zack’s cut — and even have a few surprise guests drop in! (10 min)

The Batman
5:30PM (Encores at 1:30AM, 9:30AM)
Hall of Heroes
The Batman filmmaker Matt Reeves joins host and self-professed fangirl Aisha Tyler for a discussion of the upcoming film…with a surprise (or two) for the fans! (30 min)