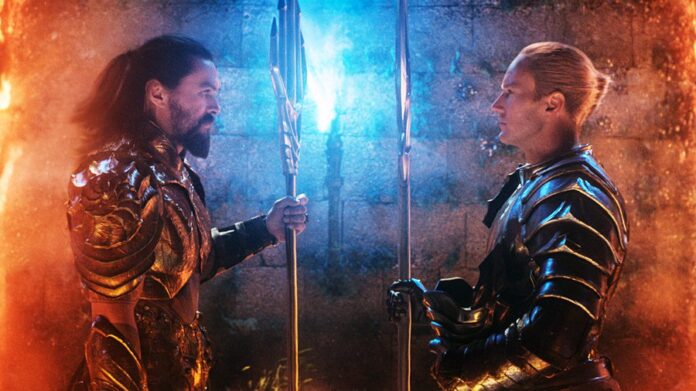 Aquaman director James Wan and The Ocean Master himself, Patrick Wilson graced the DC Fandome stage to talk about making Aquaman and what to expect in the second. The pair joked about Wilson’s character’s fate, having been jailed at the end of the last one. “Am I handcuffed the entire time?” Wilson joked.

Wan also teased more world-building and a darker tone in this new film. “The second one is a little more serious,” he said. Earlier this month, The Conjuring director already hinted that the sequel would share some of the horror elements he is known for.  He went on to say that the new film would be “a little more relevant to the world we are living in today.”

So I would expect a social justice or corrupt leader element to the next film, but we will have to wait and see when Aquaman 2 arrives on December 12th 2022.

‘Insidious: Chapter 5’ Is Happening With Patrick Wilson Returning To Star And Direct