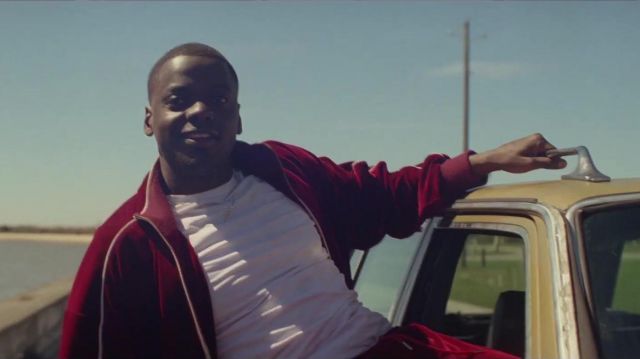 Anybody remember Daniel Kaluuya in Sicario? Or as Black Death in Kick-Ass 2? Yeah, Black Panther wasn’t his first superhero movie. He’s come up in a big way, mostly due to his role in Jordan Peele’s Get Out, and now Kaluuya is about to take the lead in a new sci-fi film for Netflix.

Variety reports Kaluuya will star in and produce an adaptation of The Upper World, based on the upcoming YA fantasy novel, first in a series, by British-Nigerian author/physicist Femi Fadugba.  Kaluuya takes on the role of Esso, a man who can see glimpses of the past and the future, and must use this gift to stop something terrible from happening.

SYNOPSIS: Esso is caught in a deadly feud and on the verge of expulsion when he realizes he has an unexpected gift: access to a world where he can see glimpses of the past and the future. A generation away, Rhia is walking to football practice in 2035, unaware that the mysterious stranger she’s about to meet desperately needs her help to avert a bullet fired 15 years ago.

Next up for Kaluuya is Judas and the Black Messiah, in which he plays Black Panther leader Fred Hampton.