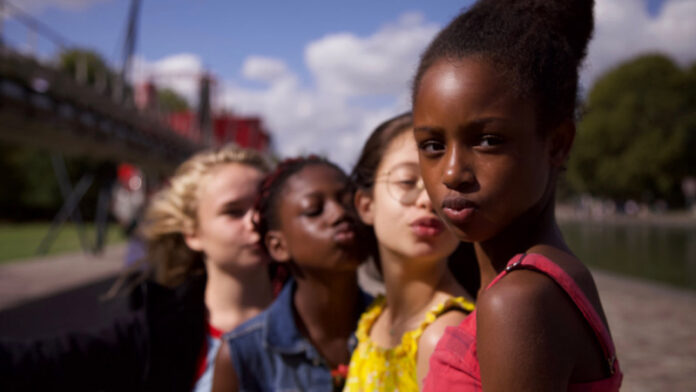 The pre-teen drama Cuties won over a lot of hearts at Sundance earlier this year, and earning the Directing Award for debut filmmaker  Maïmouna Doucouré. Coming-of-age stories set in the world of dance are a dime a dozen, but when the dance troupe are a bunch of 11-year-old girls it presents a number of new challenges and potential controversies, which Doucouré met head-on.

The film stars Fathia Youssouf as Amy, a young girl torn between her conservative Muslim Senegalese family and the exciting life she wants for herself. When she meets another group of girls who are part of a twerking dance crew, Amy bucks family tradition to build a new connection with her friends.

And that’s what these movies are typically all about, right? The parents are more concerned with what they want than listening to their children, who go and seek acceptance and validation elsewhere. It’s a familiar story done with a different flavor by Doucouré, which is why Netflix was quick to snap it up for themselves.

That said, I expect the film will be met with some resistance by those who will only see little girls dancing around in tight outfits.