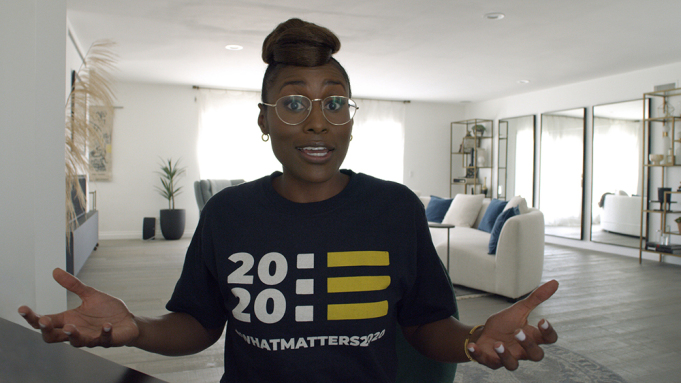 We’re in the middle of a pandemic that has most people stuck indoors and the majority of film/TV productions on hold. But for the most creative folks out there, it’s turned out to be quite an opportunity, crass as that may sound. We’re seeing a number of projects inspired by the impact of COVID-19, and one that attempts to bring a little levity to the situation is Coastal Elites, an HBO special from Jay Roach that stars Bette Midler, Kaitlyn Dever, Dan Levy, Sarah Paulson, and Issa Rae.

So what does Roach have a cast like this doing?  Mostly speaking through Zoom meetings about their struggles in dealing with the world, the pandemic, and a controversial Presidential election.  If you’re going to satirize the shit we’re in now, this is the crew you want to do it with.

Roach is no stranger to HBO. While his big break was with the Austin Powers movies, when he was ready to go serious with films like Recount and Game Change, it was with HBO. He most recently directed the Oscar-winning film Bombshell.