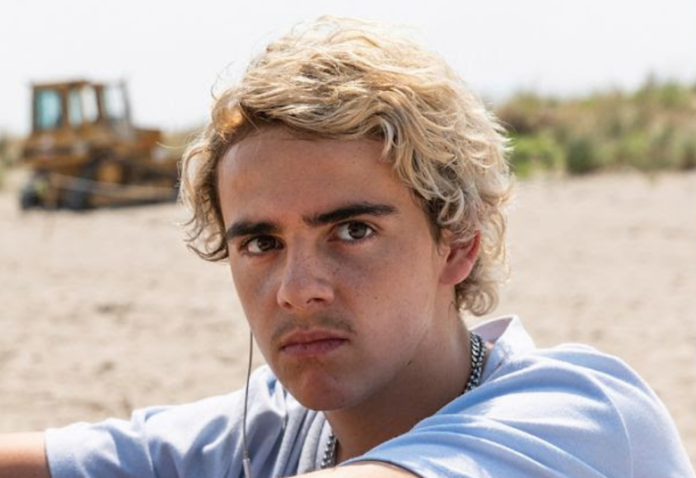 Beautiful Italian locales, stories of young love and discovery…must be a Luca Guadagnino joint. While the Call Me By Your Name director took a sharp left with his Suspiria remake, his upcoming HBO series We Are Who We Are finds him back in his dramatic comfort zone.

While you won’t find Timothee Chalamet anywhere in this extremely brief teaser, Shazam and It star Jack Dylan Grazer fills the role of a teen on a coming-of-age journey. He plays an awkward 14-year-old from New York trying to get accustomed to his new life on a military base in Italy. In the footage we have, he’s joined by newcomer Jordan Kristine Seamon as another 14-year-old who has been stationed on the base for a few years.

Guadagnino co-wrote and directed all episodes of We Are Who We Are, which debuts on HBO this September.

SYNOPSIS: Jack Dylan Grazer stars as shy and introverted fourteen-year-old Fraser, who moves from New York to a military base in Veneto with his mothers, Sarah (Chloë Sevigny) and Maggie (Alice Braga), who are both in the U.S. Army. Tom Mercier (Jonathan) plays Sarah’s assistant. Jordan Kristine Seamón stars as the seemingly bold and confident Caitlin, who has lived with her family on the base for several years and speaks Italian. Compared to her older brother Danny (Spence Moore II), Caitlin has the closer relationship with their father, Richard (Kid Cudi), and does not communicate well with her mother Jenny (Faith Alabi). Caitlin is the lynchpin of her group of friends, which includes Britney (Francesca Scorsese), an outspoken, witty, sexually uninhibited girl; the cheerful and good-natured Craig (Corey Knight), a soldier in his twenties; Sam (Ben Taylor), Caitlin’s possessive boyfriend, and Craig’s younger brother; Enrico (Sebastiano Pigazzi), a playful eighteen-year-old from Veneto, who has a weak spot for Britney; and Valentina (Beatrice Barichella), an Italian girl.

‘We Are Who We Are’ Teaser: Young Love Isn’t Easy In Luca Guadagnino’s HBO Drama Series