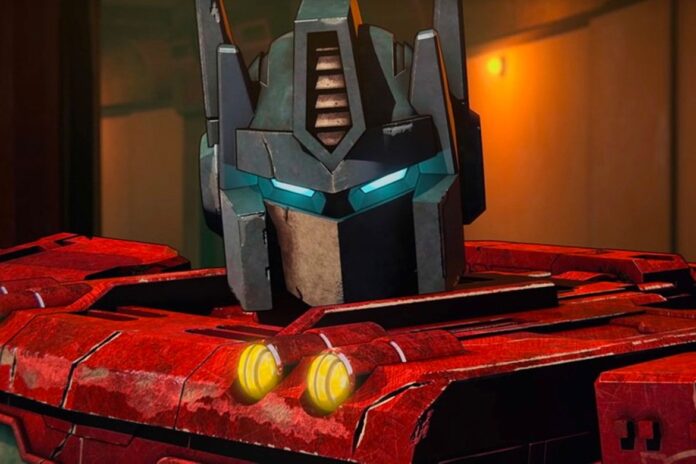 “I cannot help but ask myself … is this a hopeless crusade?”

These are not the words any die-hard Transformers fan expects to hear from Autobot leader, Optimus Prime, who always finds a way to be the “energon is half full” kind of Autobot. But then, he wasn’t in the darkest hours of the war against the Decepticons, as he is in the apocalyptic new trailer for Netflix and Rooster Teeth’s Transformers: War for Cybertron Trilogy.

The anime-inspired series is the darkest thing we’ve ever seen from the Transformers franchise, at least that I can remember. Even in the gloomiest stretches of Transformers: The Movie it wasn’t quite like this, with the toll of war paid in the carcasses of many familiar Autobots. At least my boy Ultra Magnus is still alive. For now. This one isn’t going to be any joyride, hence the title “Siege” of the first six episodes, each lasting twenty-two minutes. Here’s the synopsis:

The war that has torn apart their home planet of Cybertron is at a tipping point. Two leaders, Optimus Prime and Megatron, both want to save their world and unify their people, but only on their own terms. In an attempt to end the conflict, Megatron is forced to consider using the Allspark, the source of all life and power on Cybertron, to “reformat” the Autobots, thus “unifying” Cybertron. Outnumbered, outgunned, and under SIEGE, the battle-weary Autobots orchestrate a desperate series of counterstrikes on a mission that, if everything somehow goes right, will end with an unthinkable choice: kill their planet in order to save it.

“Siege”, Part 1 of Transformers: War for Cybertron hits Netflix on July 30th. Part 2, titled “Earthrise”, and Part 3 have yet to be dated.