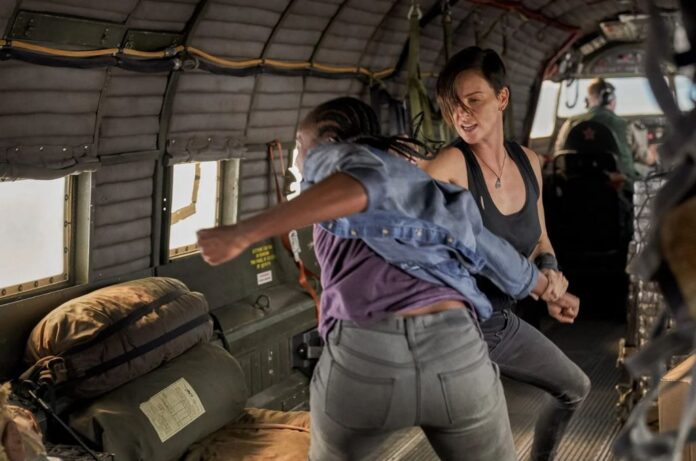 Immortality isn’t all it’s cracked up to be. Movies have taught us that. Just look at the struggles of bloodsucking vampires, or gods forced to walk the Earth, there’s an entire Highlander franchise about how much living forever kinda sucks. And now, in Netflix’s action flick The Old Guard, Charlize Theron leads a team of immortals who have it pretty rough.

Similar to what we saw from Extraction, Netflix could have the start of a new action franchise on their hands with The Old Guard. Theron stars as Andy, leader of a centuries-long line of immortal mercenaries. When the secret of their amazing abilities gets out, the team must actually fight to avoid a fate worse than death. At the same time that their vulnerabilities are exposed, the emergence of a new member named Nile, played by If Beale Street Could Talk’s Kiki Layne, tests the group in different ways.

The film is directed by Gina Prince-Bythewood (Beyond the Lights) and co-stars Matthias Schoenaerts, Chiwetel Ejiofor, Marwan Kenzari, Luca Marinelli, and Harry Melling.

The Old Guard hits Netflix on July 10th, but my review will be up tomorrow morning!

SYNOPSIS: Led by a warrior named Andy (Charlize Theron), a covert group of tight-knit mercenaries with a mysterious inability to die have fought to protect the mortal world for centuries. But when the team is recruited to take on an emergency mission and their extraordinary abilities are suddenly exposed, it’s up to Andy and Nile (KiKi Layne), the newest soldier to join their ranks, to help the group eliminate the threat of those who seek to replicate and monetize their power by any means necessary. Based on the acclaimed graphic novel by Greg Rucka and directed by Gina Prince-Bythewood (LOVE & BASKETBALL, BEYOND THE LIGHTS), THE OLD GUARD is a gritty, grounded, action-packed story that shows living forever is harder than it looks.