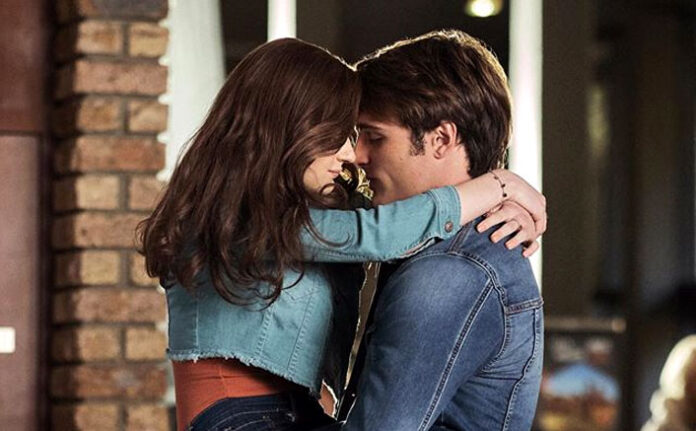 Even though The Kissing Booth 2 came out on Friday, that doesn’t mean Netflix can’t tease us with what’s to come next in the franchise. Netflix not only announced that the teen rom-com is getting a third movie, but yesterday the streaming service said that that movie has already been shot. The Kissing Booth 3 was filmed with its previous installment in South Africa and will be released next year.

In the clip, Elle, Noah, Lee, and Rachel are all enjoying their graduation trip, when Elle receives a call from the Harvard admissions office. Despite telling her boyfriend, Noah, and her best friend, Lee, that she has been waitlisted at both Harvard and the University of California, where they will both respectively attend, the latest film ended with Elle making it into both colleges, setting up a sticky situation for the next movie.

The third installment will be written and directed by Vince Marcelllo, who wrote and directed the first two films. Joey King, who plays Elle, will return along with the original cast including Jacob Elordi, Joel Courtney, Meganne Young, Molly Ringwald, Taylor Zakhar Perez, and Maisie Richardson-Sellers. The series is based on Beth Reekles’ novels.

If you are jonesing for more Kissing Booth content, check out the panel that the cast of the second movie participated in over the weekend below.