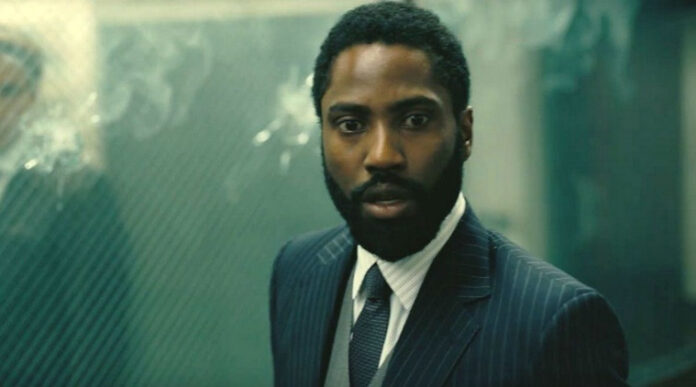 Isn’t the point of Warner Bros.’ repeated shifting of Tenet’s release date to increase chances of it being in theaters? And yet, the more Christopher Nolan’s anticipated thriller moves, the less likely it seems to actually arrive. And as those numbers dwindle, analysts are projecting that it will move yet again, taking the Hollywood box office’s hopes of a rebound with it.

Analyst Eric Handler of MKM Partners predicts (via Deadline) Tenet will vacate its August release date, as the Hollywood box office looks at a possible decline of 70% in total revenue. Handler doesn’t see major theatrical chains opening until September at the earliest, which would be a big blow to AMC which is already dealing with bankruptcy.

“We place a low likelihood of ‘Tenet’ opening on Aug. 12 given a rising number of COVID-19 cases in key areas, such as California, Texas, and Florida, along with the slowed re-opening of the New York City economy. In our view, it would be surprising to see theaters able to re-open nationwide before September, at the earliest.”

“The near-term outlook for exhibition related stocks remains extremely clouded,” Handler added. “It would be surprising to see theaters able to re-open nationwide before September, at the earliest.”

Handler had initially predicted a 55%-60% drop in revenue for exhibitors at the start of the COVID-19 outbreak, but that was before we knew the full extent of its impact. Internationally, the decline may actually be worse where the pandemic continues to surge.

If there’s any good news to come out of this, it’s that Handler does expect things to begin a shift into normalcy beginning in 2021…

“Beyond this year, we do believe there is pent up demand for consumers to get out of their houses for entertainment although the ramp up in attendance will likely be gradual,” Handler said.

Of course, with states such as Florida and Arizona seeing a coronavirus surge that is wildly out of control, who can really say if any of these projections will hold up? If it were up to me, Tenet would just move into summer 2021 and leave it at that. WB is spending tons of money on ads promising an August 12th release that they likely can’t deliver, so why not put all of that to a stop now and just wait until the next blockbuster season? Nolan wants the summer date and he can have it, just a year later than planned.