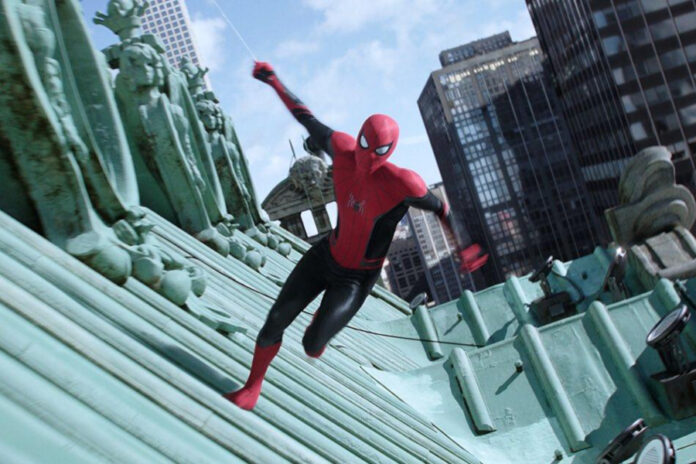 One studio’s loss becomes another studio’s gain. With Disney moving Avatar 2 out of 2021 and into the following year, Sony has fired a web right at the vacated spot. They’ve now set the upcoming Spider-Man: Far from Home sequel for December 17th 2021, right where James Cameron’s film used to be.

There aren’t a ton of details about what a third Sony/Marvel Spider-Man film would look like. Previously-dated for November 5th 2021, the film will once again be directed by Jon Watts and star Tom Holland as the wall-crawling Avenger, who is now a wanted murder suspect. The thread from that storyline will undoubtedly be followed, and we can expect to see more of J.K. Simmons as J. Jonah Jameson, who has gone from angry newspaper publisher to raging conspiracy theorist.

With Sony building up their superhero movie base with Spider-Man spinoffs, we could see some crossover with movies such as Morbius and Venom. How the remaining Avengers treat Spidey now that he’s a fugitive from justice should be interesting, as well. [Deadline]