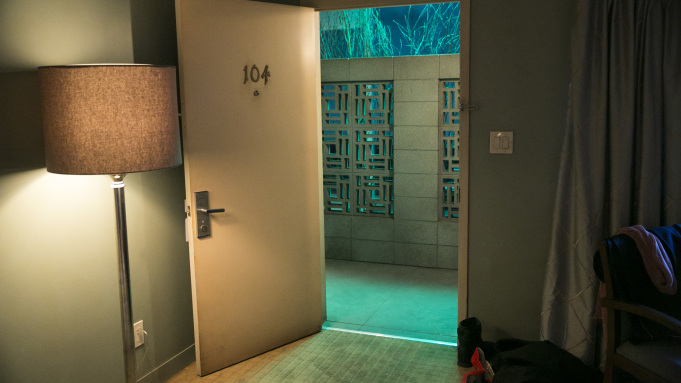 One of the cool things about HBO’s anthology series Room 104 is that it doesn’t stick to just one genre form. Creators Mark and Jay Duplass have expanded beyond twisted tales of horror or sci-fi in such a way that they can basically do whatever they want, and that’s a large part of the reason they’ve attracted some great guest stars over the last three seasons. But now the doors are closing with a fourth and final season, and a new trailer is here before there are no more vacancies at the hotel.

The highlight guest of this final season will be Dave Bautista, playing an ex-pro wrestler named Raw Dog who is dealing with a traumatic past. So big Dave isn’t stretching too far out of his comfort zone here, as he is in current Amazon comedy My Spy. Other guest stars include Jillian Bell, Susan Park, Gary Cole, and Kevin Nealon. Mark Duplass will also take the camera to direct an episode, while also co-starring in one.

Room 104 hits HBO and HBO Max for the final season on July 24th.