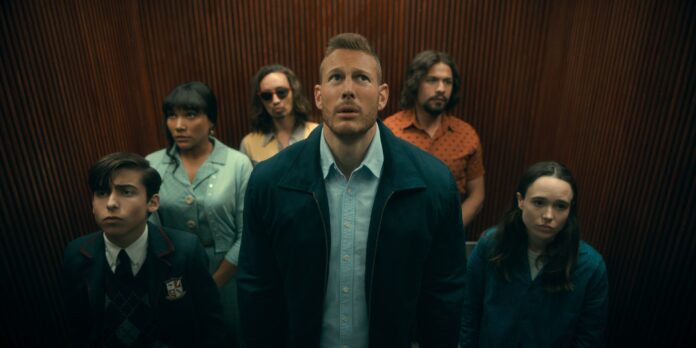 Before we dive in today, I’m going to tell you a bit about how the film critic thing works. When we get an assignment for a film or tv show,  we sometimes get what is called an embargo/screener letter. In it, the studio will include the embargo date, which is the earliest date the review can be made public, and sometimes we get a list of plot points and details the studio absolutely does not want us to include in our writing. Most of the time it’s up to our discretion and judgment to determine what we include in our review and sometimes the studio will tell us directly what spoilers they want us to keep secret. This seems to happen more with television reviews than film ones, with Netflix always being very careful, diligent, and detailed with what they want press to say or not say about their content. This is ultimately to ensure that you get the best viewing experience, but in turn, can affect a review.  Something about the show might have heavily impacted the critic’s opinion of it, but without being able to talk about it, their critique might seem one-sided or unsupported or even contradictory to their reasoning. A good critic will find a way to convey how they feel around the restrictions but this is an important thing to keep in mind with reading any review.

With the new season of The Umbrella Academy, I am not allowed to talk about major plot points. Not just how the season ends or Easter egg details, but huge chunks of plot and character that impact the entire season from early on. My view of this season is very much entwined with these redacted spoilers, but overall it boils down to an overstuffed plot with very little attention given to the emotional arcs of these seven superhero siblings.

Last season, we left the Hargreeves kids in dire straits. Despite thinking she was powerless, Vanya (Ellen Page) discovered she was the most powerful member of the Umbrella Academy and unintentionally sent a shockwave to the moon, blowing it up, causing its remnants to hurl towards Earth and bringing about the end of the world. Five (Aidan Gallagher), who can jump through time and space, huddled his family together and transported them back to their childhood. Supposedly.

Five’s time jump takes us to the beginning of this season, where the siblings are all scattered throughout the early ’60s in Dallas Texas. With their time alone, each tries to make the most of their situation, Klaus (Robert Sheehan) starts a cult using his ghost brother Ben (Justin H. Min) to trick his followers, Allison (Emmy Raver-Lampman) gets married and get involved in the Civil Rights Movement, Diego (David Castañeda), full of anger and daddy issues, is committed to a mental hospital obsessed with the idea that President Kennedy is going to be assassinated. Vanya doesn’t remember anything and is working as a nanny on a farm and Luther (Tom Hopper) is working as a body man and boxer for a local club owner. When Five finally gets there he figures out that if he doesn’t do something, he and his family are going to cause the end of the world… again.

As you can probably see, there’s a lot going on this season and because the siblings are initially separated from each other, we have at least seven major plotlines we need to follow. At times, it feels like too much for a show’s second season, and certain actors are given the short stick. Ellen Page is an Oscar-nominated actress and yet she is given a storyline that is predictable and that we’ve seen before from her. Justin H Min’s Ben, who Klaus can only see, spent last season being the moral voice for Klaus’s character isn’t given much more to do this season and it’s a shame, as he seemed to have the most to prove.

The season is fun though. More quippy than the previous season, the cast seems looser this go-round, shedding any stiffness from last year. The music hits very similarly to the first season, perfectly complementing the action. Not only does it visually capture the comic well, but tonally it captures the chaos of Gerard Way and Gabriel Bá’s comic. This season just fails to reach an emotional peak.

The thing I love about the first season was that show used the sci-fi genre as a vessel to talk about family trauma and how to deal with it as a sibling unit. The first season set up many of these conflicts without solving them, insinuating that season 2 will provide some of the answers How will they learn to forgive Vanya? Will they learn to forgive themselves for their neglect of Vanya? Will they let go of their daddy issues? How will they move forward as a family unit? But season two is so plot-heavy that a lot of the emotional and family themes established in the previous season seemed to be bulldozed over. Now that can be very true to life and how sibling relationships actually work, but it doesn’t provide the viewer with a much needed emotional catharsis.

That being said, the way season 2 ends, leaves the door open for a more in-depth exploration into the inner workings of this family. If they do it right, the siblings will have to work together causing themes and plot to play off each other, giving us a hopefully near-perfect season of television. If only we could jump in time like Five, past this pandemic and election cycle, and into the third season of The Umbrella Academy.

You can watch The Umbrella Academy on Netflix. Watch the trailer below.