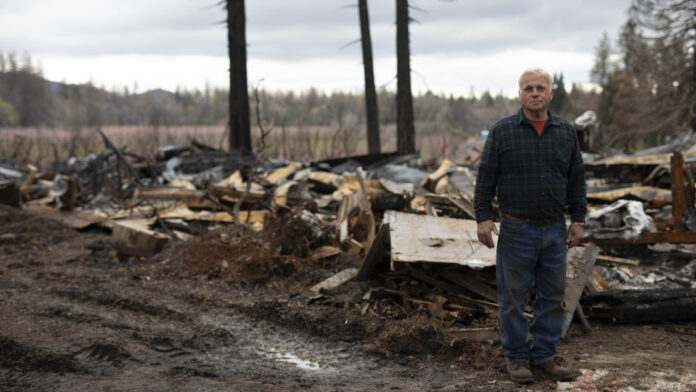 On the morning of Nov. 8, 2018, a devastating firestorm engulfed the picturesque city of Paradise, California. By the time the Camp Fire was extinguished, it had killed 85 people, displaced 50,000 residents, and destroyed 95% of local structures. It was the deadliest U.S. fire in 100 years — and the worst ever in California’s history. It’s a story of resilience in the face of tragedy, as a community ravaged by disaster comes together to recover what was lost and begin the important task of rebuilding.

Right now, we are living in a scary and uncertain time. We don’t know what is going to happen within the next month, week, or even day in our world right now. So instead of thinking about the worst-case scenario, sometimes its better for us to think about the best-case scenario. That’s exactly what Ron Howard’s Rebuilding Paradise makes us do. It’s a film about coming together in the face of despair and standing tall against hardships.

In the film, we learn plenty of interesting and oftentimes heartbreaking information regarding the wildfire that occurred in Paradise, California on November 8, 2018. Throughout the film, we see interviews of people who live around the community and we also see those who were personally impacted by the fire. No matter who is talking on screen, it is always devastating to listen to these people’s stories.

For a long time, the movie can leave a sour taste in your mouth because it is quite depressing. But it’s all done for a purpose. As the movie progresses, we learn more about how this community tried their best to rebuild this city to the best of their abilities, making for an extremely impactful and heartwarming story that comes full circle by the end of it all.

When it comes to issues with the film, there are some instances in which it can feel a bit too long. This is surprising considering the fact that the running time is only ninety-five minutes, but it all has to do with pacing. Unfortunately, Rebuilding Paradise starts off a little bit slow and it takes a while for things to get genuinely gripping. The first act has the difficult job of explaining a ton of things regarding this wildfire and it was somewhat messy. Once we get to the second act and we start seeing interviews with the individuals who were affected by the wildfire, the film as a whole becomes so much more interesting and compelling.

Even though it has its occasional faults along the way, this is still a documentary that I think a bunch of people should check out this weekend. Seeing as how we are currently living in a dark and depressing time with little answers about our current situation, perhaps its best to watch a film about how a group of people go through a tragedy, tried to overcome it, and rise up together to rebuild their community.