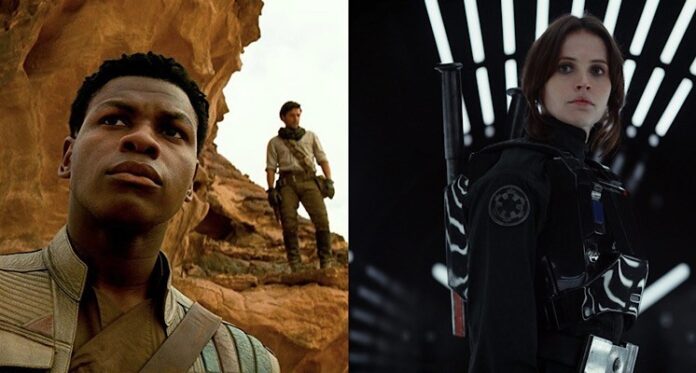 Back in 2009, directors Charles and Thomas Guard directed a horror-thriller titled The Uninvited, making a name for themselves in their debut. It’s been more than a decade and they are finally back with Borderland, and the cast they’ve put together makes you wonder what the long wait was for.

Deadline reports Borderland will star John Boyega, Felicity Jones, Jodie Turner-Smith, and Jack Reynor. Damn. Based on the book The Road To Balcombe Street by Steven S. Moysey, it’s a revenge story about an Irish paramilitary soldier (Reynor) who witnesses his pregnant wife’s murder by an SAS sergeant (Boyega), and joins a ruthless group wreaking havoc in London as a means of getting vengeance.

The film will be co-written by the Guard brothers and Public Enemies writer Ronan Bennett.

This is a lot of star power, suggesting a movie that we should probably be keeping a close eye on. Boyega and Jones are both Star Wars alums. He has been pretty quiet, other than his recent activism since the trilogy ended. Jones is an Oscar nominee last seen in The Aeronauts. Reynor was most recently part of Ari Aster’s Midsommar, while Turner-Smith played one half of the Queen & Slim duo.

*Spoilers* JJ Abrams Confirms What Many Suspected Of Finn In ‘Star Wars: The Rise Of Skywalker’