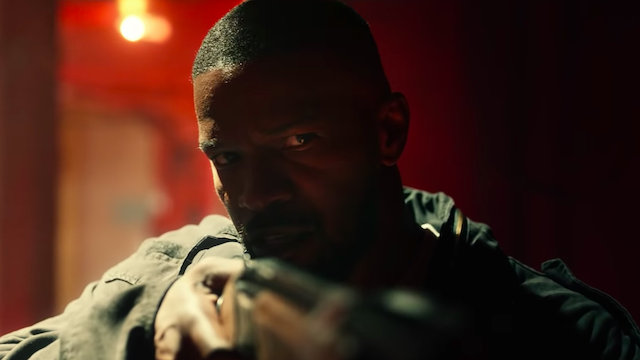 Readers of Marvel comics will know one of the most frequently-used storylines involves man-made drugs that grant superhuman abilities. While the illegal narcotics may give you some cool powers, they ALWAYS prove to be deadly to the user. Well, that’s the basic premise behind Project Power, and while it isn’t a superhero movie or anything, it does star a pair of superheroic actors in Jamie Foxx and Joseph Gordon-Levitt.

Project Power stars Foxx as a man out for revenge, with Gordon-Levitt as his cop partner. Both are willing to take the super-powered pills so they can find and stop the person resposible for creating the drug.  Also in the cast is Dominique Fishback, who is probably best known for her role as Darlene in HBO’s The Deuce. She also starred in a great little drama Night Comes On.

The film is directed by Henry Joost and Ariel Schulman. whose names you might remember from their documentary and MTV series, Catfish. They went from there to directing a couple of Paranormal Activity films, Nerve, and Viral.

SYNOPSIS: On the streets of New Orleans, word begins to spread about a mysterious new pill that unlocks superpowers unique to each user. The catch: You don’t know what will happen until you take it. While some develop bulletproof skin, invisibility, and super strength, others exhibit a deadlier reaction. But when the pill escalates crime within the city to dangerous levels, a local cop (Joseph Gordon-Levitt) teams with a teenage dealer (Dominique Fishback) and a former soldier fueled by a secret vendetta (Jamie Foxx) to fight power with power and risk taking the pill in order to track down and stop the group responsible for creating it.