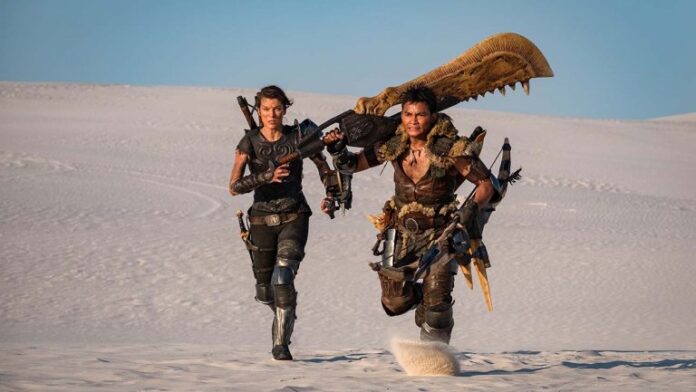 Watching people play Monster Hunter: Iceborne on Twitch has made me consider getting the game for myself. And now, it looks like I’ll have more time to do that before the movie comes out. Like seven extra months of times.

Monster Hunter is the latest big studio blockbuster to have its release date swallowed up by COVID-19. Originally due to open on September 4th 2020, the film will now hit theaters (maybe?) on April 23rd 2021.

Milla Jojovich stars in the adaptation of Capcom’s gigantic bestselling video game. She reunites with her writer/director husband Paul W.S. Anderson, who together turned Capcom’s game Resident Evil into a long-running series of hit movies.

Monster Hunter stars Jojovich as a U.N. soldier sent to another realm populated by monsters. Martial arts superstar Tony Jaa plays the Hunter who teams up with her to close a portal that would allow monsters to attack Earth.  The cast includes T.I., Ron Perlman, Meagan Good and Diego Boneta.