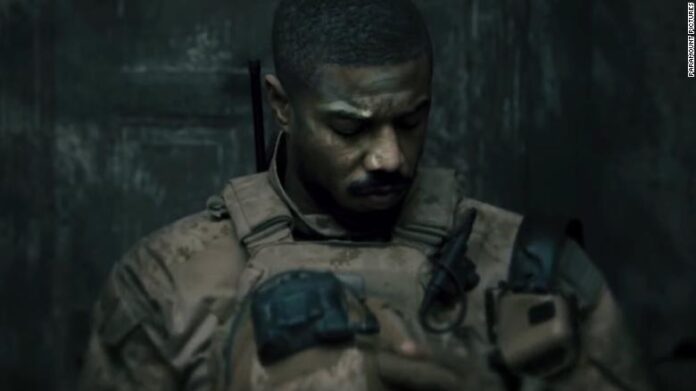 The coronavirus situation has a lot of studios scrambling, that’s nothing new. It’s been that way for months and will probably continue for quite a while. Each has found their own way through this mess, and in the case of Paramount they have decided selling off some of their biggest titles is the way to go. The latest film they’re unloading is Without Remorse, the Tom Clancy thriller with Michael B. Jordan, which appears to be headed to Amazon.

Variety reports that Paramount and Amazon Studios are in final talks for the streamer to buy Without Remorse.  The film, which is based on another popular Tom Clancy character, finds Michael B. Jordan as Navy Seal John Clark, considered by fans to be the dark side to Jack Ryan.  The story finds Clark on a path of vengeance against those who murdered his wife. The film is directed by Stefano Sollima and penned by Taylor Sheridan. The duo recently teamed up on Sicario: Day of the Soldado. Jamie Bell, Jodie Turner-Smith and Luke Mitchell co-star.

This makes perfect sense from an Amazon point of view. The network already has John Krasinski starring in a Jack Ryan series, and they’ll easily be able to pair it up alongside Without Remorse to build out a franchise.

The John Clark character has been played a couple of times on screen, by Willem Dafoe in Clear and Present Danger and Liev Schreiber in The Sum of All Fears.