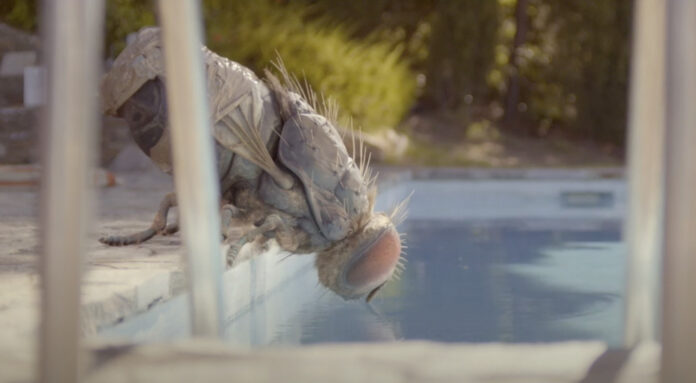 If you don’t know Quentin Dupieux, you probably know his weird, absurdist films including Rubber, Wrong, and Deerskin. Well, the musician-turned-filmmaker is back with another bizarre film, Mandibules, which has just been announced as part of the upcoming Venice Film Festival.

In the few seconds we see of Mandibules, Dupieux promises a giant fly drinking from a fountain. It’s pretty gross if you have a thing about insects, but sets the stage for what could be the weirdest friendship story since…Swiss Army Man?

SYNOPSIS: Jean-Gab and Manu, two simple-minded friends, find a giant fly stuck in the trunk of a car and decide to train it to earn money with it.

Mandibules will be released in France on December 2nd, and we’ll eventually see it stateside as we have Dupieux’s other films.