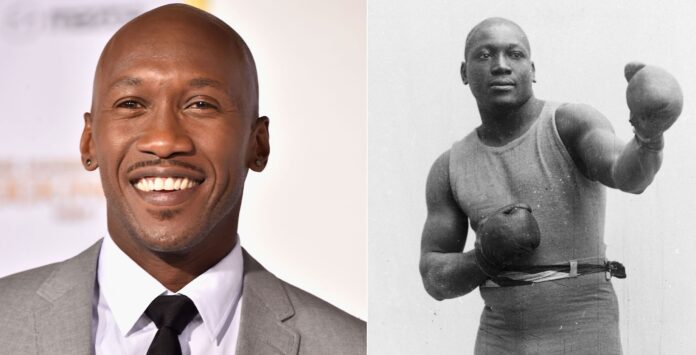 Mahershala Ali Laces Up His Boots As Boxing Legend Jack Johnson for HBO. If you’re going to create a show about a legend, why not get a future legend to star. Some stars you can tell are hot for the moment, some you can tell are here for the long run. Mahershala Ali absolutely feels like the latter, something about the guy just screams “Future Icon”. HBO, like a number of other studios, seems to think this as well as they have cast Mahershala Ali as iconic heavyweight boxer Jack Johnson, the first African-American heavyweight champion, who won the title right in the middle of the Jim Crow era. HBO is currently getting ready for Unruly which is set as a six-part mini-series about Johnson based on Ken Burns’ Unforgivable Blackness: The Rise and Fall of Jack Johnson, a documentary from PBS. Starting the pedigree for the future of this series is Tom Hanks and Gary Goetzman whose Playtone label is automatically identifiable as a source for the highest quality historical series. Dominique Morrisseau will be penning the script while Ali holds the starring role.

Ali is no stranger to the legendary pugilist, as Deadline points out Ali played the role in a stage production early in his career and has been quoted saying that portraying Johnson would be a dream role for him. In my opinion this all but guarantees a moving performance. If you put Ali in a role he’s this passionate about, and the subject has this level of gravity, you’re not going to get anything less then stellar. When you add to that the current climate and awareness to the plight of African-Americans in modern society coupled with the confrontation of the fact that this has been going on for so long and what some have had to contend with, while still coming out on top…it’s hard to see this as anything but Emmy-winning.

Follow our coverage on this series as it develops here

Mahershala Ali On Why He Was Drawn To ‘Blade’, Says Marvel Was Eyeing A TV Series