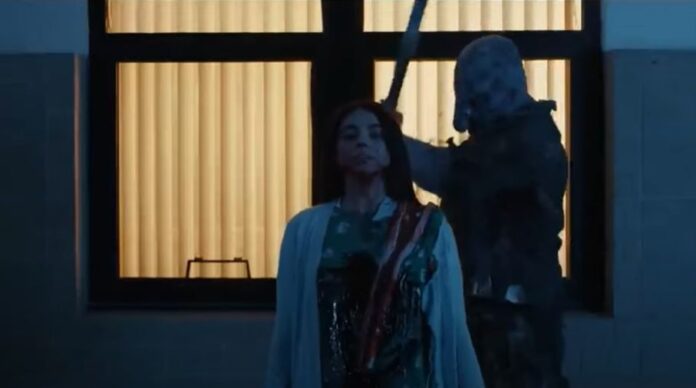 While he’s not exactly a name you associate with horror Kevin Smith has shown some real love for the genre and has proven himself to be adept at shooting that which scares us. Ok, so Yoga Hosers wasn’t really a horror film, and Tusk is not exactly a fan favorite, but Red State now that’s movie that brought something new and terrifying. You know what, rewind that Tusk may have had some pacing problems but that movie has a truly disturbing story and pay-off. All this is to say I think Smith deserves another bite at the apple, I mean 1.5 out of 3 ain’t bad…I guess. Ok, I’m not really fighting my fight right now. So we should let the trailer below do the talking.

Killroy Was Here is an upcoming horror anthology. The film’s title of course comes from some of the most well known graffiti and perhaps the world’s first meme from way back in World War II. That little fella was written on everything from bombs to bunkers. Now he’s the inspriation for the series of stories depicted within. The trailer doesn’t really draw clear lines between the stories, but it would appear one takes place in a high school, and I’m sure there’s a story dedicated to Chris Jericho’s Gator Guy youtuber. I’m a schill for Smith so of course I’ll see this but honestly something about the feel of this trailer makes me think there’s a chance Smith may have his first bonafide cult classic horror film on it’s hands. There’s definitely a whiff of Trick R Treat to all this.

Plus you gotta give it to a guy that machete’s his own daughter for the sake of horror.

For more on Kevin Smith and his projects, click here!