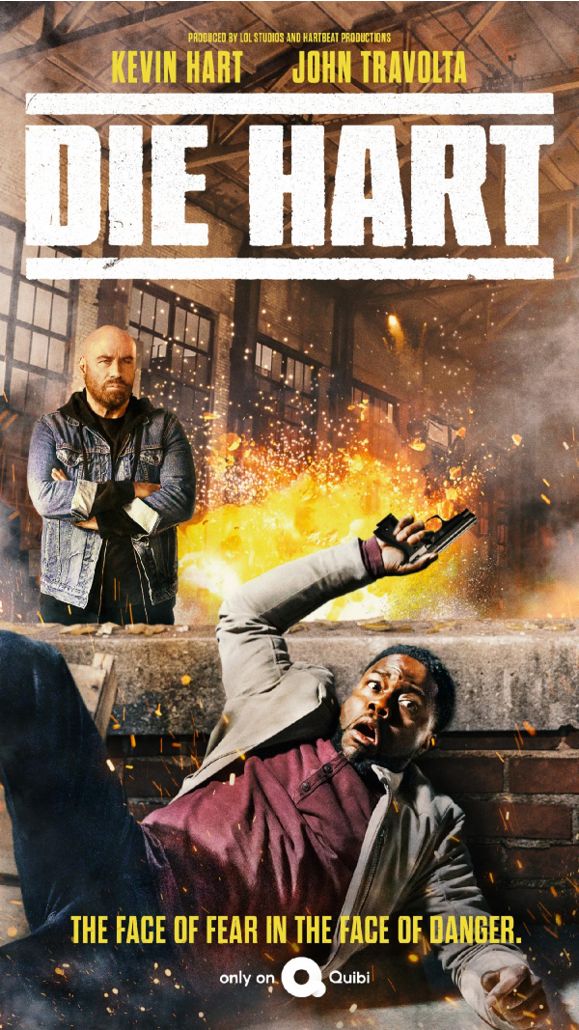 Who doesn’t love Kevin Hart as an action-comedy sidekick? Ride Along, Jumanji : Welcome to the Jungle, I mean, c’mon! Well, Kevin Hart, that’s who doesn’t like it and he’s prepared to do whatever it takes to be the leading man on Quibi’s upcoming series Die Hart. First, let’s get the shade out of the way….Quibi’s still around? Ok, now that that’s out of the way, this trailer has me ready to get that Quibi subscription, even if only for the run of this show. In the last 10 years Kevin Hart has become the industries go-to man for guaranteed comic-relief/sidekick success. Die Hart portrays a fictionalized Kevin Hart who’s tired of being that guy and wants to be hero. What does one do when they want to become a Hollywood action star? Well, they go to Ron Wilcox’s action star school….obviously. If they idea of Kevin Hart running around an “action star school” trying to be more like the Rock, and less like the pebble doesn’t guarantee a laugh. If you’re not convinced there are two more things moving this to the top of my list. First, the unnaturally beautiful Nathalie Emmanuel in her first major role post-GoT and then add in that Ron Wilcox is played by none other then John Travolta and your dead inside if you’re not lining up to see it. Personally I’ve always preferred Travolta with a side of funny and I’d watch Emmanuel do just about anything.

Check out the trailer below and look for Die Hart to premier on Quibi July 20th, 2020 with new chapters every weekday until July 29th!

Sign up for Quibi HERE and get 14 days free!