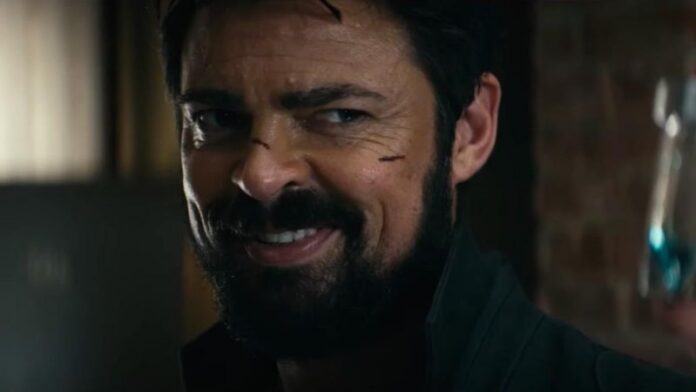 It wasn’t enough for Karl Urban to be part of the Star Trek franchise, he had to ahead and sneak his way into Star Wars, as well. Urban, who currently stars in Amazon’s hit series The Boys, revealed to Digital Spy that he has a tiny cameo in Star Wars: The Rise of Skywalker, but you wouldn’t recognize him if you saw him…

“I had the good fortune to go and visit J.J. Abrams while he was shooting The Rise of Skywalker. While I was there, he put me in a Stormtrooper uniform and we had a really fun day on set. It’s been one of my life-long goals to be a Stormtrooper, so I can tick that off now.”

The latest trilogy may have been divisive, but I think we’ve all had some fun with the many secret cameos by friends of the filmmakers. Unfortunately, since they tend to be either voicing CGI characters or under helmets, identifying where they pop up is tough.

Urban was at least nice enough to reveal that his scene takes place during our reintroduction to the wildly misused Knights of Ren. He voices one of the Stormtroopers who looks at them with disgust, and identifies exactly who they are.

Blockbuster franchises come easily for Urban, who was also part of Lord of the Rings, Chronicles of Riddick, Thor: Ragnarok, and Dredd. Well, that last one SHOULD have led to more but it didn’t.

Next up for Urban is a second season of The Boys, coming to Amazon on September 4th.

Comic-Con 2020: ‘The Boys’ Gets Early Season 3 Renewal, A Whale Of A Bloody Clip Revealed