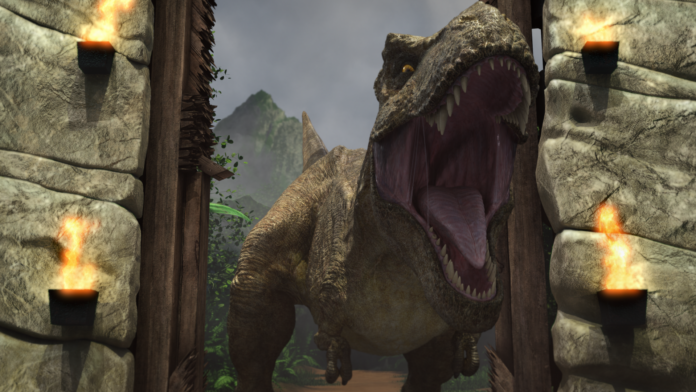 Every kid loves dinosaurs.  But maybe every parent doesn’t want their child watching people get eaten in the big screen Jurassic World franchise, which can be a little bit scary. The franchise is expanding in a more kid-friendly way with Jurassic World: Camp Cretaceous, a light-hearted animated series for Netflix that has dropped its first teaser.

Executive produced by some guys named Steven Spielberg, Colin Trevorrow and Frank Marshall, Jurassic World: Camp Cretaceous is as light-hearted as a children’s show can be where the characters are under constant threat of being eaten by dinosaurs.

The 8-episode series follows a group of six teens chosen for a “once-in-a-lifetime” camp adventure at Isla Nublar. But true to form, the dinosaurs break loose and wreak havoc on the island. To survive, the campers will have to band together until they can reach the outside world.

Okay, it doesn’t sound very light-hearted at all, really. How is this for kids again?