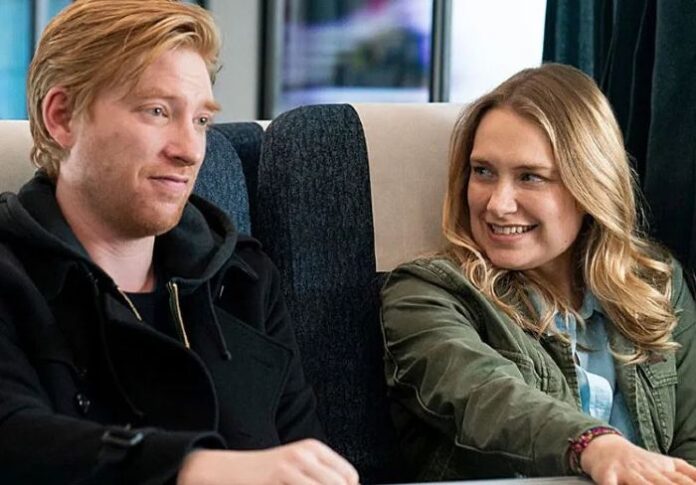 Well, Ruby and Billy found their way to Los Angeles, but that’s where the journey ends for HBO’s Run. After just one season, the network has canceled the high-profile series which starred Domhnall Gleeson and Merritt Wever as reunited lovers who go on the run from their boring lives. The series was created by Vicky Jones, a longtime collaborator with Fleabag creator Phoebe Waller-Bridge, who also had a co-starring role.

“After exploring potential ways of continuing Ruby and Billy’s journey, together with showrunner Vicky Jones, we have come to the decision that we will not be moving forward with a second season of Run,” HBO said in a statement.

The series was extraordinarily well-received for one that I personally saw take a ton of criticism. That comes from me, as well, since I found the show to be extremely disappointing considering its novel premise and two immensely likeable stars. How could it go so wrong? I have thoughts, starting with the two main characters being revealed to be pretty terrible across the 7-episode season which felt like 20-episodes. They were like an onion of awfulness, each episode revealing a new layer of terribleness. That’s not how I want to watch Wever and Gleeson.

Sadly, Run ends on a cliffhanger. The goal was always for them to reach Los Angeles, which they do, but not before Ruby finds out the entire trip has been a plot by Billy to secure a book deal. Along the way, they bicker, have sex, fall in and out of love, commit a murder, backstab one another repeatedly, etc. etc.

For what it’s worth, Jones tells Deadline she had a ton of ideas for season 2. Not that we’ll get to see them unless the show moves to another network.

“We would love, love, love to keep going and keep running. I certainly have a thousand ideas. It’s called Run, and so the show has forward momentum. We can’t just sit still in the story.”