In HBO’s hit series Insecure, creator/star Issa Rae tackles love and relationships through the lens of an imperfect woman. Rae will take a similar theme and bring it Sinkhole, a film in which she’ll team with Get Out and Us director Jordan Peele and Universal Pictures.

Universal has won a competitive bidding war for Sinkhole, which is based on Leyna Krow’s short story about a young family that moves into their dream home despite the massive sinkhole in the backyard. The sinkhole manages to fix broken things, but how would it work on a person? The film explores themes of female perfection and identity, and contains elements of a grounded psychological sci-fi horror, according to Deadline. 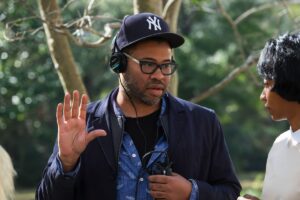 Rae is being eyed to star in the film, which she will produce alongside Jordan Peele’s Monkeypaw label. She’s coming off the eight Emmy nominations secured by Insecure just yesterday.

The combination of genre and social commentary seems like a perfect fit for Rae and Peele. Keep an eye on this one.