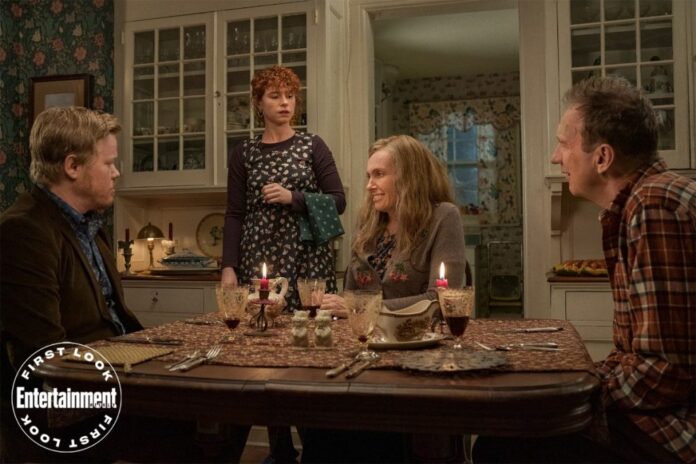 With Netflix having recently set a September release for Charlie Kaufman’s I’m Thinking of Ending Things, now it’s time to finally get a look at his anticipated return to directing. The image shown doesn’t reveal much, but it doesn’t have to when it includes stars Jessie Buckley, Jesse Plemons, Toni Collette, and David Thewlis.

Based on the Ian Reid novel, I’m Thinking of Ending Things centers on a woman with identity issues who goes with her boyfriend to meet his parents at their remote farm. The relationship is already on the rocks, and that only makes things more difficult as things take a disturbing turn.

For fans of Kaufman’s psychological mind-benders like Eternal Sunshine of the Spotless Mind, Synecdoche, New York, and Being John Malkovich, it should be exactly what they’re looking for. However, the director says that’s not all he sets out to do…

“I don’t set out to do a mindfuck,” he told EW. “I’m not setting out to do something that ‘tops’ some sort of brainteaser I might have done before. But there’s no question that I’m trying to build on the stuff that I’ve already done.”