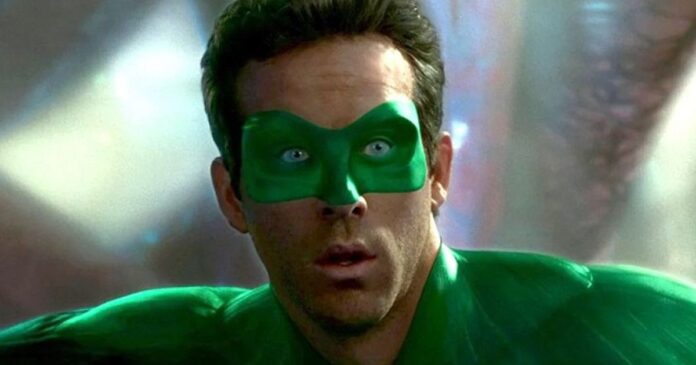 A big part of every day is figuring out which rumors are worth posting, and which are just laughable. Okay, occasionally I’ll post the laughable ones, too, but not often. When it comes to superhero movies, the rumors are especially thick to wade through because so many fan-sites have begun making up stories to get clicks. Fortunately, a bunch of recent DC Films rumors has been debunked by Umberto Gonzalez over at TheWrap, so here they are because I’m guessing some of you have probably read them at a dubious site like We Got This Covered or from a joke like Grace Randolph.

Speaking of Randolph, she continues to be below the Mendoza Line when it comes to big scoops. She tweeted that a Batman Beyond movie was in the works, which is something that has been talked about quite a lot. However, she says it won’t be Terry McGinnis under the mask, but that Batgirl will take his place. This turns out to be untrue, although there’s a chance the character makes a cameo.

Batgirl will NOT become Batman Beyond. At best maybe a cameo or two. #dcdebunkreport https://t.co/ZNMcnARmqZ

Randolph had also claimed Ryan Reynolds was in talks to return as Green Lantern in Ezra Miller’s The Flash movie, joining Michael Keaton in a film that would see Barry Allen racing through all of the old DC movies. That, too, was shot down as there are no negotiations for Reynolds to return. And why would he after spending so many years trashing his time as the emerald superhero? For that matter, why would WB want him back??

Not true. There is no deal or talks with Warner's on this. https://t.co/mQGLXepWXX

Sorry, Constantine fans. Gonzalez also says there are no plans for a live-action Constantine movie at this point, nor should you look for anything regarding Justice League: Rebirth. At least not right now.

There is no CONSTANTINE movie being developed at DC. #dcdebunkreport

That is a fugazi as well. Not true. #dcdebunkreport https://t.co/mUNTZAEPuG

However, the long-rumored Zatanna film is still being conjured up, although that project has been developing for a couple of years. New reports are just an extension of that.

There is a ZATANNA movie in development, has been for a while, but no writer has been hired yet.

Suffice it to say, the best thing to do is wait for news to break either from somebody involved with the film or from a trusted trade like Deadline, Variety, or The Hollywood Reporter. There are exceptions, but even then they should be taken with a grain of salt until backed-up by additional sourcing. I know, that takes some of the fun out of posting the wildest rumors out there, but it’s a lot better than being called out for spreading misinformation.

‘Batgirl’ And ‘Static Shock’ Movies Could Head To HBO Max, No Plans For A Snyder Cut Sequel