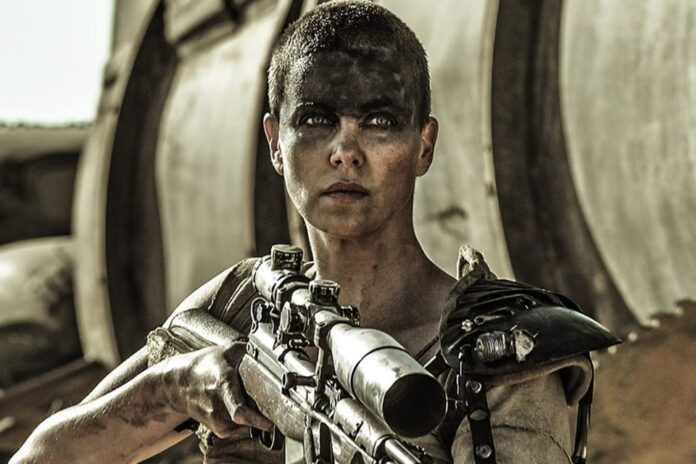 Charlize Theron created one of the most badass characters in movie history when she played Furiosa in Mad Max: Fury Road. Ever since, people have not only been clamoring for a sequel, but to see her return to the role she made famous. Unfortunately, we recently learned George Miller is casting a younger actress for what will be a prequel story, and Theron expressed her regret over that in an interview with THR.

Theron talked about her decision to star in Fury Road, and what it meant to her considering the action films of her early career that failed to connect with audiences…

‘Fury Road’ came a good decade after ‘Æon Flux,’ and there’s always been that voice in the back of my head that still somewhat responds to that. I’m still influenced by that, and it’s one thing that drives me. It’s unfortunate that we feel like the opportunity will be taken away from us in a heartbeat if we don’t succeed, but that is the truth. It’s not a very forgiving genre when it comes to women.”

And as for not appearing Miller’s Furiosa prequel…

“It’s a tough one to swallow. Listen, I fully respect George, if not more so in the aftermath of making that film with him. He’s a master, and I wish him nothing but the best.”

“Yeah, it’s a little heartbreaking, for sure. I really love that character, and I’m so grateful that I had a small part in creating her. She will forever be someone I think of and reflect on fondly. Obviously, I would love to see that story continue, and if he feels like he has to go about it this way, then I trust him in that manner. We get so hung up on the smaller details that we forget the thing that we emotionally tap into has nothing to do with that minute thing that we’re focusing on.”

Although nobody has officially been cast, the names currently topping the list to play Furiosa are Anya Taylor-Joy and Jodie Comer. Fortunately, this isn’t stopping Theron from continuing to create kick-ass new characters. She’ll be seen as the immortal warrior Andromache in The Old Guard, which hits Netflix on July 10th.