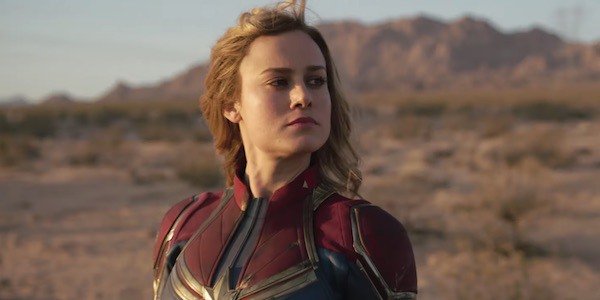 Being stuck indoors has offered many of us a chance to branch out and try new things. Some have taken up baking, some have started sewing, and in the case of Brie Larson she’s started her own Youtube channel, where she hopes to connect with her fans and hold “deep conversations” on a variety of topics.

Turns out, one of those topics is her own career, and Larson revealed that while she was on the rise she tried out for some pretty big franchises. Not only did she audition for The Hunger Games, but also Terminator Genisys, and at least one Star Wars movie…

I don’t know if you remember that stretch when they were trying to cast the role of Katniss Everdeen, but it’s likely every able young woman in Hollywood tried out for it, with Jennifer Lawrence obviously grabbing the career-making job. As for Terminator, I definitely remember Larson and Emilia Clarke being the two finalists for the Sarah Connor role and wanting Larson to get it. Probably best for her that she didn’t.

As for Star Wars, it’s unclear what she auditioned for. The casting for Rey in The Force Awakens was so secretive that when Daisy Ridley was cast it came as a big surprise. Perhaps Larson tried out for Jyn Erso in Rogue One? Or maybe she went toe-to-toe with Emilia Clarke again for the role of Qi’ra in Solo?

Anyway, it looks as if Larson’s channel will be a lot of fun for those who are into that sort of thing. Me, I’m more interested in the celebrities who have started Twitch streams.