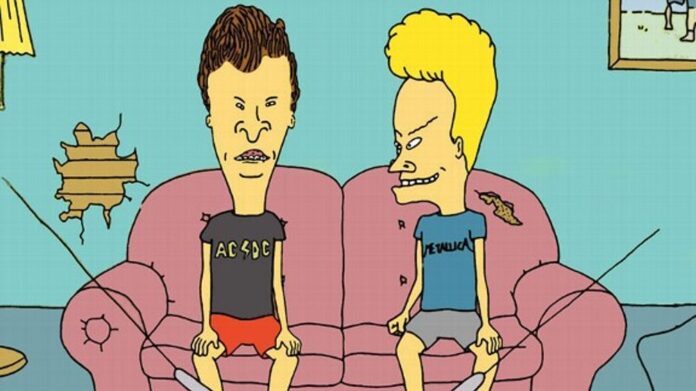 Beavis and Buttihead are back. The idiotic yet strangely insightful duo from 1990s MTV are making the move to Comedy Central, and series creator Mike Judge is joining them.

THR reports Judge has inked a deal with Comedy Central for two new seasons of Beavis and Butt-head. Not only that, but there’s the possibility of spinoffs, too. Perhaps another feature film like 1996′ Beavis and Butt-head Do America? Judge will write, produce, and voice the two lead delinquents, who became cultural phenomenons in the ’90s for their scathing commentary on pretty much everything.

“It seemed like the time was right to get stupid again,” Judge said.

Really, y’think? The world is even dumber now than it was back then. The stupidest man in the world is in the White House. How can Beavis and Butt-head hope to compete?

This won’t be the first-time Judge has brought Beavis and Butt-head back. He tried in 2011 but it only lasted a single season, although ratings were initially very good. It’ll be interesting to see how adapts a very ’90s show for a completely new audience who may be unfamiliar with the original series.

‘Ren And Stimpy’ Is Being Revived At Comedy Central