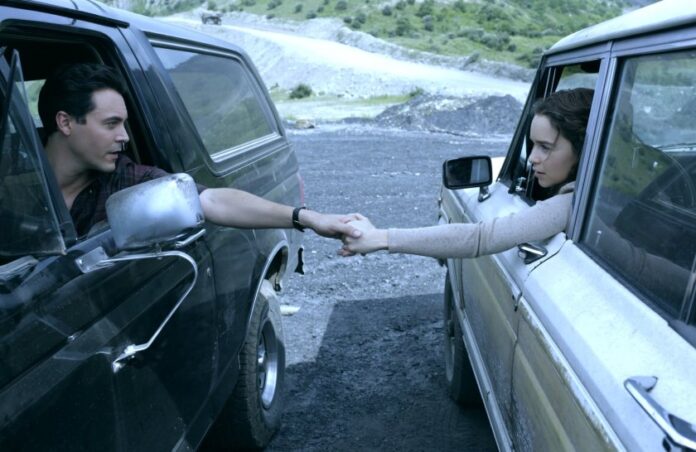 Emilia Clarke has done enough outside Game of Thrones that we shouldn’t be shocked when she plays someone who isn’t the royal Mother of Dragons. But in the new trailer for Above Suspicion, hearing her rock a Kentucky accent is still a little bit odd.

In the new film from veteran director Philip Noyce (Salt), Clarke plays a Kentucky woman who gets into an illicit affair with an FBI agent, only for shit to go downhill with violent repercussions. This is actually based on a non-fiction by author Joe Sharkey, and that may lend it some cred, but it might be hard to look past Clarke in a role that seems ill-suited for her.  The rest of the cast is solid, as well, with Johnny Knoxville, Sophie Lowe, Thora Birch, and Jack Huston.

Above Suspicion hits digital and VOD soon, after filming wrapped more than two years ago. Sharkey has been pretty chatty about the headaches getting it released, if you want to check that out.

SYNOPSIS: Nothing is more dangerous than someone with nothing to lose.Based on the chilling true story of a newly married FBI poster boy assigned to an Appalachian mountain town in Kentucky. There, he is drawn into an illicit affair with an impoverished local woman who becomes his star informant. She sees in him her means of escape; instead, it is a ticket to disaster for both of them. This scandal shook the foundations of the nation’s top law enforcement agency, ending in the first-ever conviction of an FBI agent for murder.