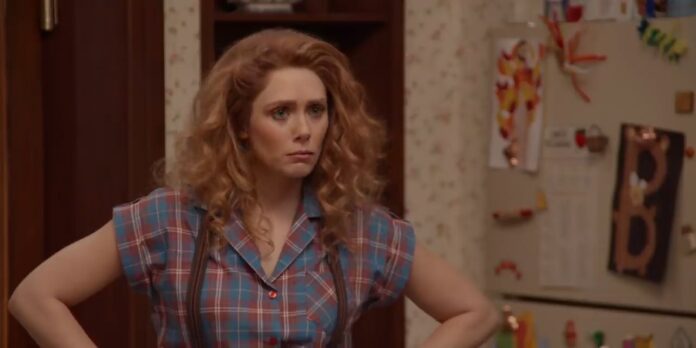 There have been casting rumors lately surrounding the Disney+ series WandaVision, and the timing on them has been curious. Marvel’s live-action show had wrapped production back in March, just barely ahead of the COVID-19 shutdowns, but it seems there’s more left to do and that may explain why new roles may be getting filled.

WandaVision will be resuming production next month, with the news coming from the Tampa Bay Comic Convention (Those are still a thing???) who were forced to cancel an appearance by Vision actor Paul Bettany. The reason, according to Bettany’s reps, is that he’s got work to do on WandaVision happening in July.

As for those casting rumors, they involve the possible addition of Evan Peters to the series. Peters played Scarlet Witch’s brother, Quicksilver, over in Fox’s X-Men movies, and that has led to speculation he’ll play the character once more in the MCU. Other rumors have surfaced he could instead be playing Mephisto, Marvel’s version of the Devil, basically.

It’s possible WandaVision is going in for reshoots that will add Peters into the mix. Or the Peters rumor may only be just that, a rumor, and they’re going in to finish up other things. Months have passed and minds may have been changed about the footage previously shot.

Debuting later this year on Disney+, WandaVision stars Elizabeth Olsen as Wanda “Scarlet Witch” Maximoff and Paul Bettany as her android romantic partner, Vision, reprising their roles from previous films. Others from the MCU who are coming back for more are Randall Park as FBI agent Jimmy Woo from the Ant-Man films and Kat Dennings as Darcy Lewis from the Thor movies. Teyonnah Parris plays a grown-up Monica Rambeau, last seen as a child in Captain Marvel. Kathryn Hahn plays their “nosy neighbor” but you can bet there’s more to it than that.