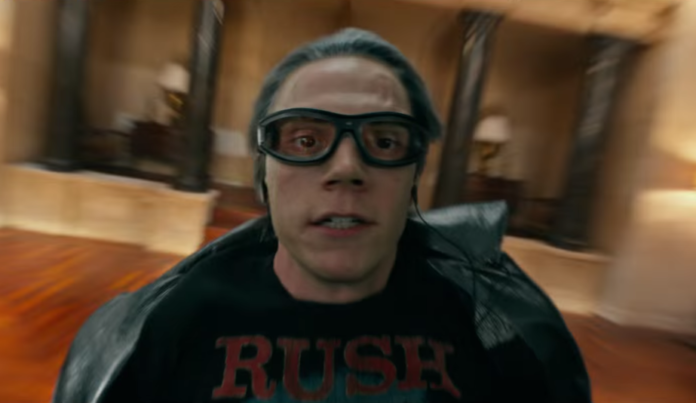 Take this one with a grain of salt, but a rumor from Murphy’s Multiverse (told you, grain of salt) says Evan Peters, who played Quicksilver in three X-Men movies, has joined the cast of WandaVision.

Is it possible…nah…no way. He couldn’t be playing Quicksilver again, could he?

If the rumor is even true it’s doubtful he’s playing Quicksilver, but that speculation will run rampant for obvious reasons. Quicksilver and Scarlet Witch are siblings, after all. Aaron Taylor-Johnson played him in Avengers: Age of Ultron but the character was killed off. However, with Wanda’s power levels being amped up in the MCU enough for her to create the weird 1950s life she has in WandaVision, it would make sense for her to conjure Quicksilver back.

Peters played Quicksilver Fox’s X-Men: Days of Future Past, X-Men: Apocalypse, and Dark Phoenix, each highlighted by clever rescue scene in which time slows down for the mutant speedster. It would be pretty cool to see Peters do something similar in the MCU, I think. Chances are he’s playing somebody else, though.

Kat Dennings Unsure Of A Return For ‘Thor: Love & Thunder’