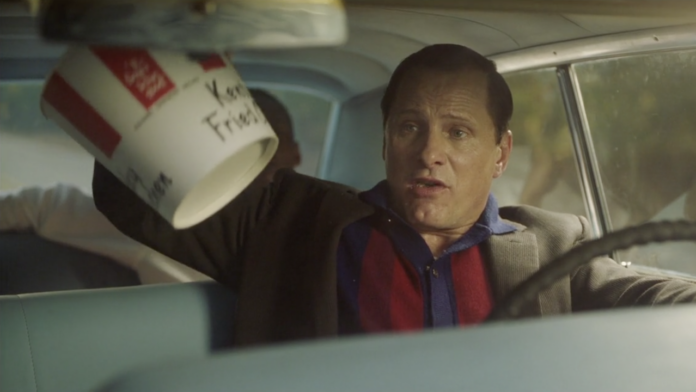 How does Green Book director Peter Farrelly plan to followup his Oscar-winning film? A year ago we learned it would be with The Greatest Beer Run Ever, a buddy comedy set during the Vietnam War era. Info on it has been scarce since then, but news of a reunion with Green Book star Viggo Mortensen should stir things back up.

Variety reports Mortensen is in talks for The Greatest Beer Run Ever, reuniting with Peter Farrelly who will direct and co-write the script. Set in 1967, the true story is of a New York man who leaves the city to have a beer with his buddies fighting in Vietnam.

The combo of Farrelly and Mortensen led to Green Book winning two Oscars, despite the film becoming somewhat controversial in the time since. Of course, a depiction of a the Vietnam War era is potentially problematic, as well, so let’s see what Farrelly does to make that period palatable for mainstream audiences.