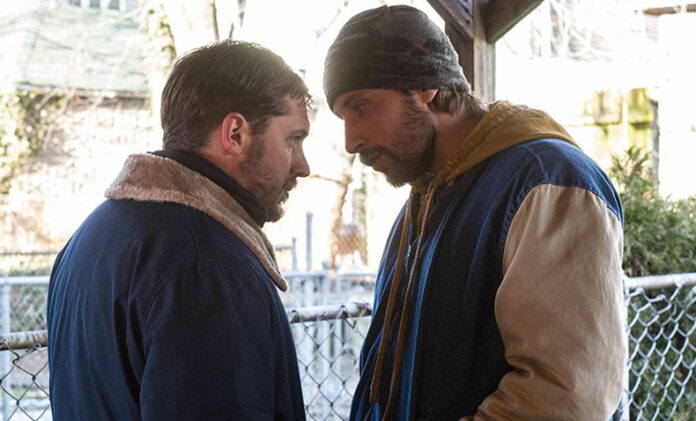 In 2014 Tom Hardy and Matthias Schoenaerts teamed up for The Drop, a crime flick based on a Dennis Lehane novel. The film came and went, didn’t make too many waves except for the cute pitbull pup that served as Hardy’s true co-star. But it’s notable to me for starring my two favorite actors, and now they’re joining forces again, albeit in a different way, for Wildlands.

Deadline reports Schoenaerts will star as a bomb disposal expert in Wildlands, a film that Hardy will produce.  The film will be co-written and directed by Kim Mordaunt (The Rocket), based on her decade-long connection to the bomb disposal worlds of Asia and Africa. Here’s how the plot is described:

On the heels of his dismissal from UN forces following a failed mission in Afghanistan, the film will follow Richard Thomas, a jaded bomb disposal specialist with a penchant for recklessness, who gets a final shot at redemption when he’s sent to Angola, Africa – one of the most heavily mined lands in the world. There, his unexpected new team includes ten spirited Angolan women and their bomb-sniffing African Pouched Rats. Soon, he comes under pressure to make a remote village safe for civilians, but also finds love.

Nothing yet on Hardy potentially taking a role, but let’s hope he does. My love for Schoenaerts is no big secret. He’s been my favorite actor since Rust & Bone and still is to this day. He and Hardy are similar; big, bruising, charismatic actors who can be sensitive one moment, then flip a switch and go on a rampage the next. Schoenaerts was recently seen in The Mustang and Terrence Malick’s A Hidden Life. He’ll star with Charlize Theron in Netflix’s The Old Guard next. Hardy is currently starring as Al Capone in Josh Trank’s Capone, and has Venom: Let There Be Carnage coming up.