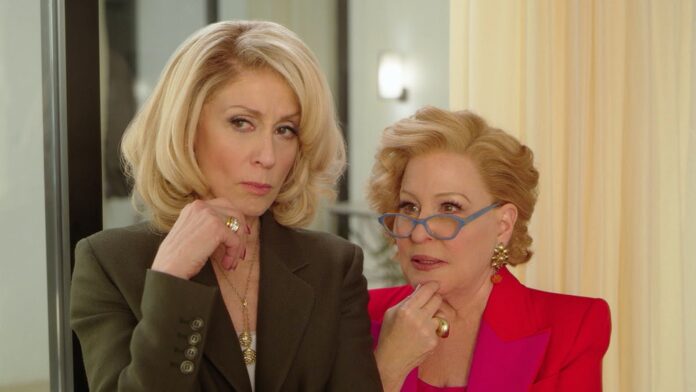 If you ever wanted to see Ben Platt vs. the tag team of Judith Light and Bette Midler, the second season of Ryan Murphy’s The Politician is all about that. In the first season, we saw how ruthless aggression and morally-questionable tactics could destroy lives in an ultimately pointless political campaign for student body president. So what will the ambitious Payton Hobart (Platt) do to win now that it really counts and the stakes are much higher?

The answer should be obvious. Payton is ready to get nasty as he seeks to unseat longtime New York Senator and Senate Majority Leader Dede Standish (Light), whose incumbency has led her to disregard anyone as a real threat. But when Payton proves he can be just as nasty as she is, Dede has to turn to her Chief of Staff Hadassah Gold (Midler) to get the real dirt on this new kid on the block. But for Payton, this is just the next step in his destined push to be President of the United States. Now if only his own mother (Gwyneth Paltrow) could get out of the way.

I found the first season a bit too chaotic. It’s not likely to change since Murphy is pretty much able to do what he wants without any safeguards. We’ll see what happens, but I’ll definitely be watching at some point.