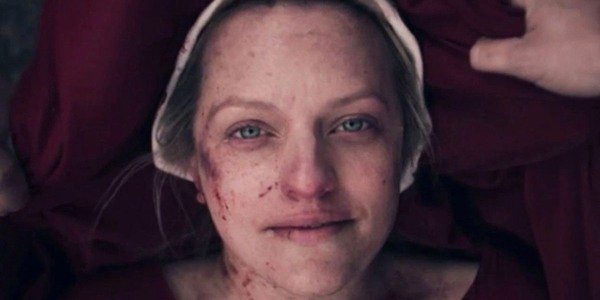 Because of the quarantine, I’ve been able to watch the first three seasons of The Handmaid’s Tale. The was really the first that earned Hulu the kind of critical acclaim they had been seeking while Netflix racked up all of the honors. And it’s easy to see why; not only is the series uncomfortably relevant with its depiction of women forced into servitude by a ruling patriarchy, but there are always huge twists that keep you guessing. Oh yeah, and it’s got Elisabeth Moss in a role that always finds her on edge and stirring shit up.

A teaser for the fourth season has arrived, and it seems as if things are really starting to ramp up. No longer just about the daily lives of enslaved women, war is now brewing against the theocratic rule of Gilead. Moss returns as June Osborne, a rebellious handmaid who has, somehow, not been shot, hanged, drowned, or had her eyes plucked out given all of the troubles she’s caused. It’s a little unbelievable, honestly, that June’s survived this long but I’m anxious to see her get some revenge for all of the crap she’s been put through.

The Handmaid’s Tale returns to Hulu in 2021.