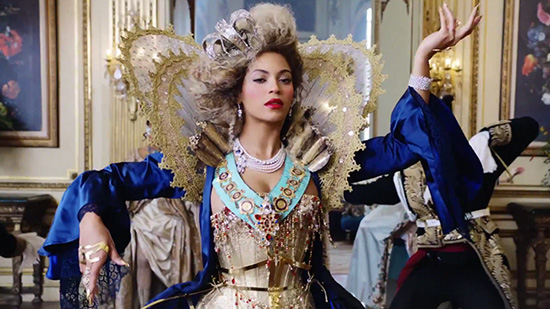 Sorry, Beyonce fans. The Queen B won’t be joining the cast of Black Panther 2. Fans of the singer and occasional actress were abuzz with rumors she had signed a massive $100M deal with Disney to join the MCU and be part of multiple upcoming projects, which would’ve included a song and possibly more for the Black Panther sequel. It wasn’t completely out of the question, given her work on The Lion King, but alas, it ain’t happenin’.

Despite overwhelming excitement at the prospect, sources tell me there is no big Disney film deal for Beyonce, and she will not contrib to the soundtrack for #BlackPanther2. As a self-professed proud member of the Disney family, it's likely she'll work w them again at some point.

So while this rumor has been shot down for now, I would caution it may still come to pass. Beyonce’s prior relationship with Disney leaves the door open to a return, and we all know Black Panther 2 is going to up the ante big time. It doesn’t get much bigger than adding Sasha Fierce to the cast, does it? Actually, that does sorta sound like a superhero name, doesn’t it? Beyonce has often expressed her desire to play a comic book character, naming Wonder Woman specifically. If she wants it to happen, trust that it will someday.