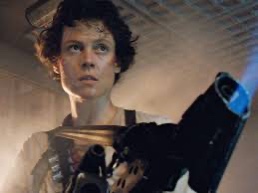 Alien fans should not hold their breath for a new addition to the series, at least not for one with the legendary Sigourney Weaver as Ellen Ripley. In a new interview for Empire Magazine, the veteran actress was tight-lipped about possibly coming back for a new Alien film. “I don’t know. Ridley has gone in a different direction. Maybe Ripley has done her bit. She deserves a rest.”

Weaver went on to reveal that Alien franchise producer Walter Hill has written a 50-page treatment for a new installment taking Ripley in a new direction, about a year and a half ago. Rumors have been circling for years for a fifth Ripley film, including a scraped project from District 9 director Neill Blomkamp

Disney, who now seems to own everything including the property through its 20th century Fox merger, has not released any information indicating its plans for the film franchise. In 2017, Ridley Scott left room for a third installment in the Alien prequel series, Alien: Covenant.

I, for one, am torn on Weaver’s reluctance to return to the character. While her Ripley character is iconic and a-way-before-its time portrayal of a woman, I get not wanting to do a reboot. Everything is getting a reboot or new installment these days. Could it be cool to see an over 65-year-old woman kick ass and take names? Absolutely, that representation is needed and would be cool to watch. But its gotta be done right and it might be worth it to let sleeping dogs, or in this case aliens, lie.